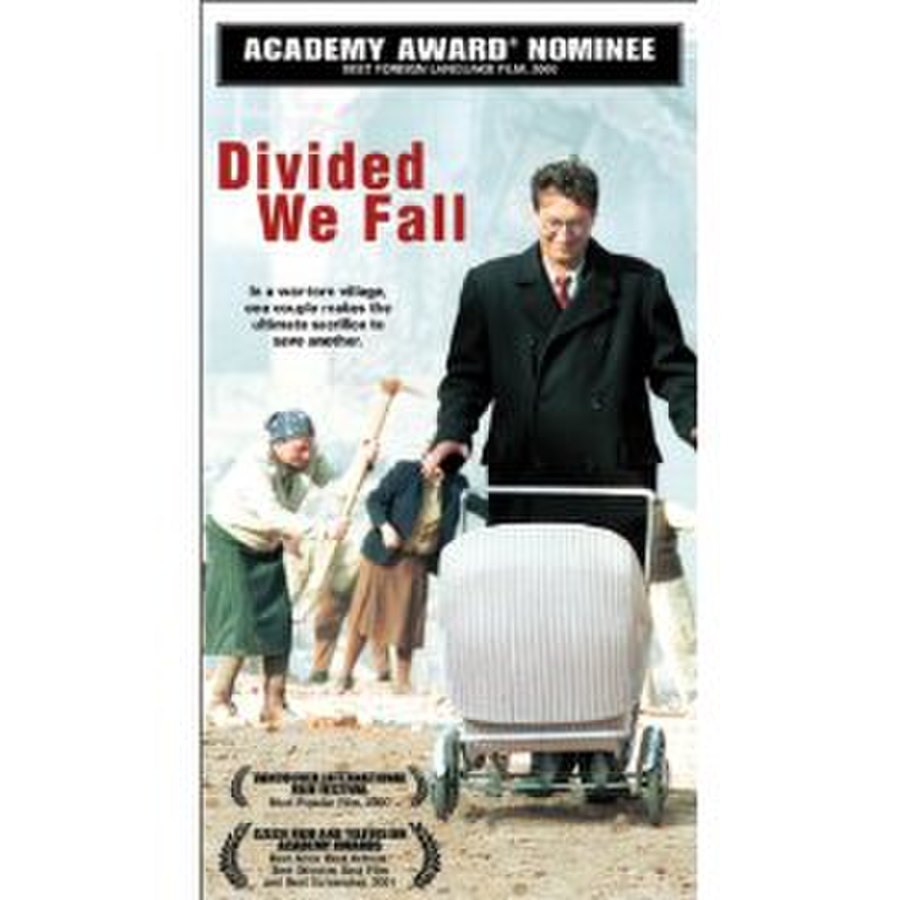 Divided We Fall ( literally translated as We Must Help Each Other) is a 2000 Czech film directed by Jan Hřebejk. It was nominated for the Academy Award for Best Foreign Language Film. Anna Šišková won a Lion award for best actress.

The film opens in 1939 Czechoslovakia. Horst, a Czech-German Nazi collaborator married to a German woman and co-worker of Josef, brings food to Josef and his wife Marie, who are Czechs. Josef hates the Nazis. When Josef finds David, who had escaped a concentration camp in occupied Poland after first being sent to the Theresienstadt concentration camp in northern Bohemia, Josef and Marie decide to hide him in their apartment. Horst makes an unannounced visit, bringing presents as usual. Marie is ambivalent about their secret: On one hand she never misses an opportunity to blame her husband for bringing in the Jew, but on the other she is merciful and sympathetic towards the poor kid locked in the closet day and night. She suggests that Josef accepts Horst's job offer evicting Czech Jews from their homes, so as to get more protection and deflect possible suspicions. Josef accepts and is considered a collaborator by the neighbor Franta (who had tried to give David over to the Nazi authorities, when he first escaped from a concentration camp). Marie spends the days learning French from David and getting more and more tender toward him. Horst's visits become more frequent, and one afternoon, he attempts to rape Marie.