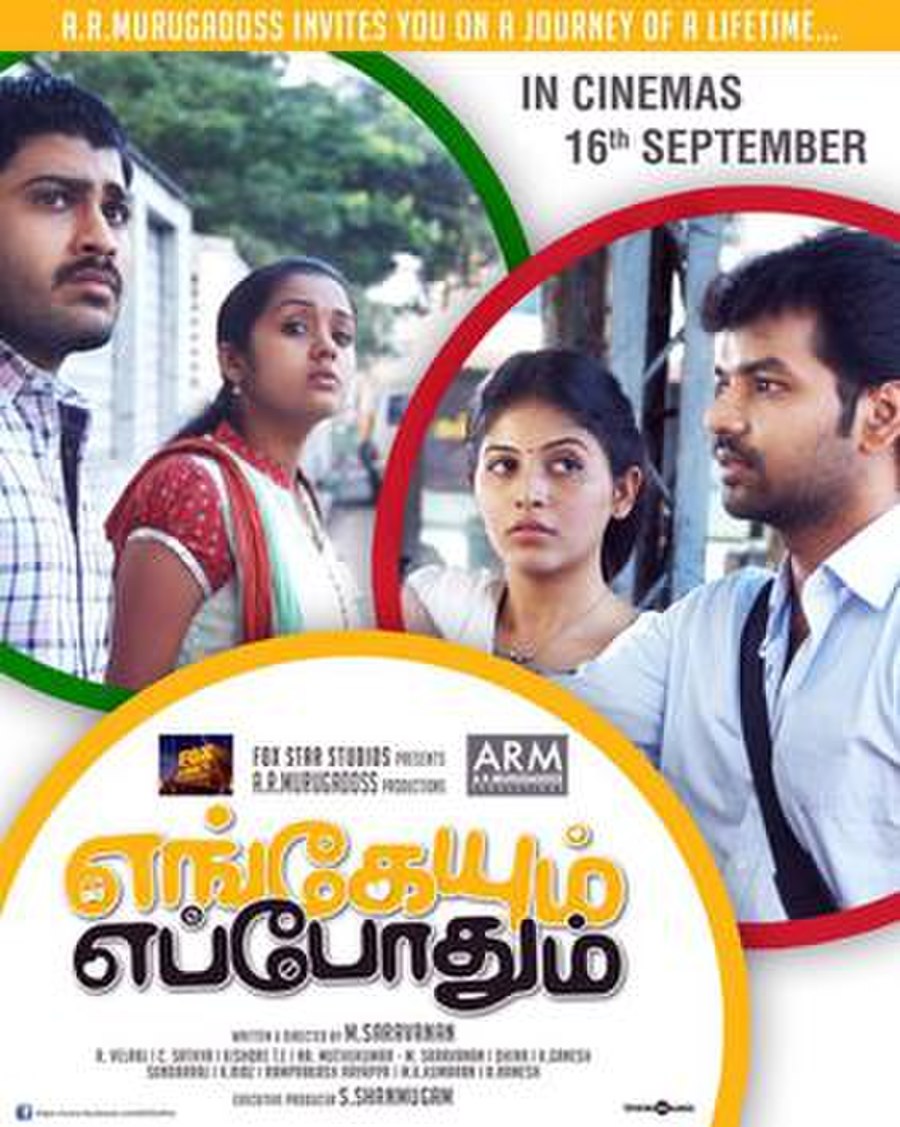 Engaeyum Eppothum (Anywhere, Anytime) is a 2011 Tamil romantic drama road film written and directed by Tamil film debutant M. Saravanan, who had earlier directed the Telugu film Ganesh Just Ganesh. Starring Jai, Anjali, Sharwanand and Ananya, it was produced by A. R. Murugadoss in association with Fox Star Studios, marking the studio's entry into Tamil cinema. Engeyum Eppodhum illustrates two love stories—one set against the backdrop of Chennai and the other in Tiruchi—which join together in the climax. The film released on 16 September 2011, to very positive reviews, going on to become a critical and commercial success. The film was dubbed into Telugu as Journey and released on 16 December 2011. Later remade into Kannada as Endendu Ninagagi.

The film focuses on two love stories in Chennai and Tiruchirappalli; one takes place in the period of a day, while the other ensues for months.