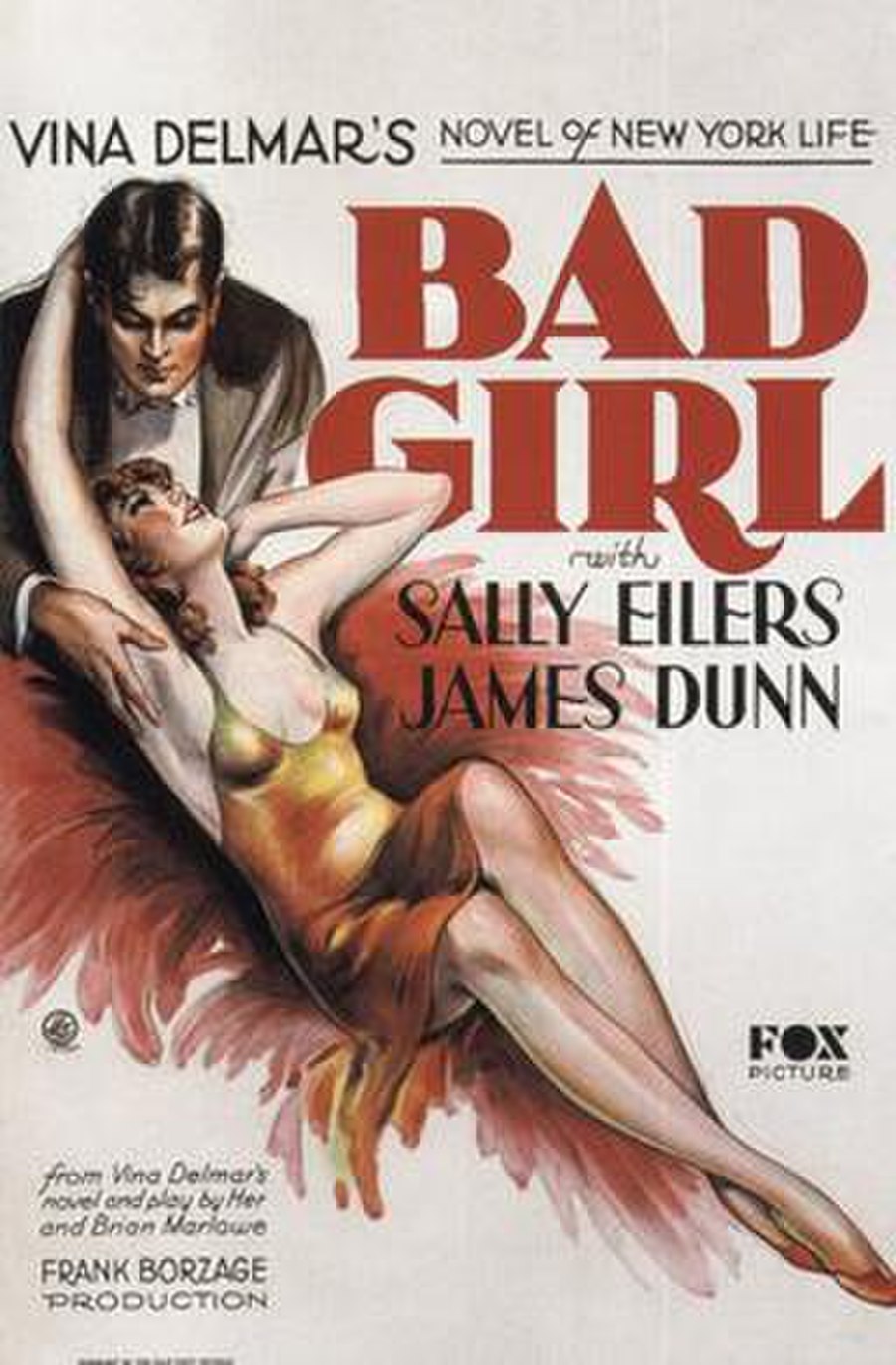 Bad Girl is a 1931 American pre-Code drama film directed by Frank Borzage and starring Sally Eilers, James Dunn, and Minna Gombell. The screenplay was adapted by Edwin J. Burke from the 1928 novel by Viña Delmar and the 1930 play by Delmar and Brian Marlowe. The plot follows the courtship and marriage of two young, working-class people and the misunderstandings that result from their not having learned to trust and communicate with one another. The film propelled then-unknown actors Eilers and Dunn to stardom. It was nominated for three Academy Awards, including Best Picture, and won for Best Director and Best Adapted Screenplay.

Dorothy Haley (Sally Eilers) and Edna Driggs (Minna Gombell) are store models, first seen in bridal clothes at their job one afternoon. After work Dorothy fends off her boss, who wants to take her for a ride, by claiming to be married to a prizefighter. The girls then go to Coney Island. On the return steamboat trip, the women make a bet about attracting a certain man's attention, and Dorothy proceeds to annoy him by playing a ukulele. This man is Eddie Collins (James Dunn); after his initial grouchy reaction to the women, he slowly forms a connection with Dorothy and sees her home. Eddie works in a radio shop and dreams of having a shop on his own, for which he has been saving.