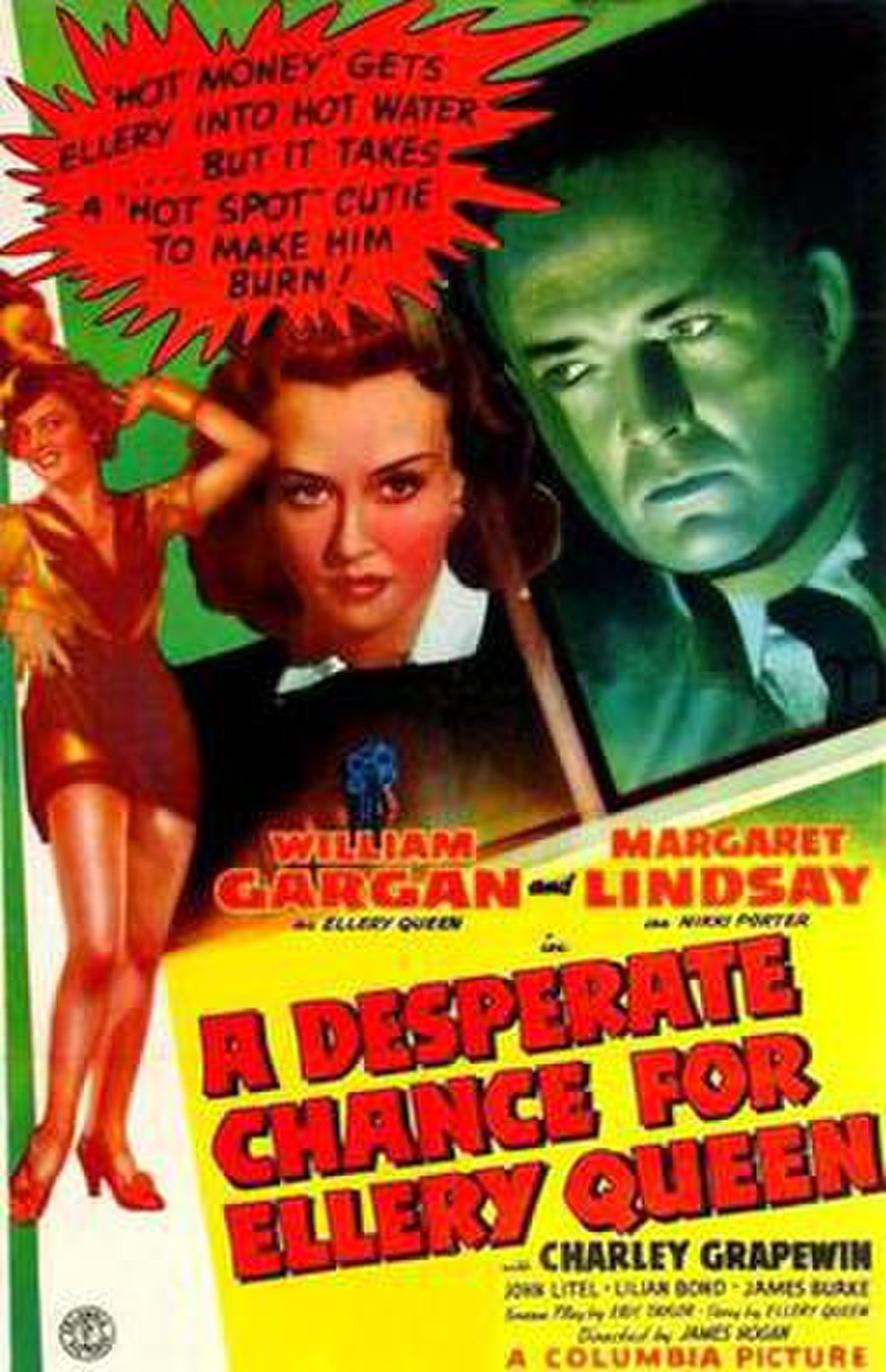 A Desperate Chance for Ellery Queen 1942

A Desperate Chance for Ellery Queen is a 1942 American mystery film directed by James P. Hogan and written by Eric Taylor. It is based on the 1940 play A Good Samaritan by Ellery Queen. The film stars William Gargan, Margaret Lindsay, Charley Grapewin, John Litel, Lilian Bond and James Burke. The film was released on May 7, 1942, by Columbia Pictures.

While on a business trip to California, Ellery and Nikki get involved with a man who was presumed dead, but is now suspected in embezzlement, money laundering, and murder. They manage to keep one step ahead of both the crooks and the law.