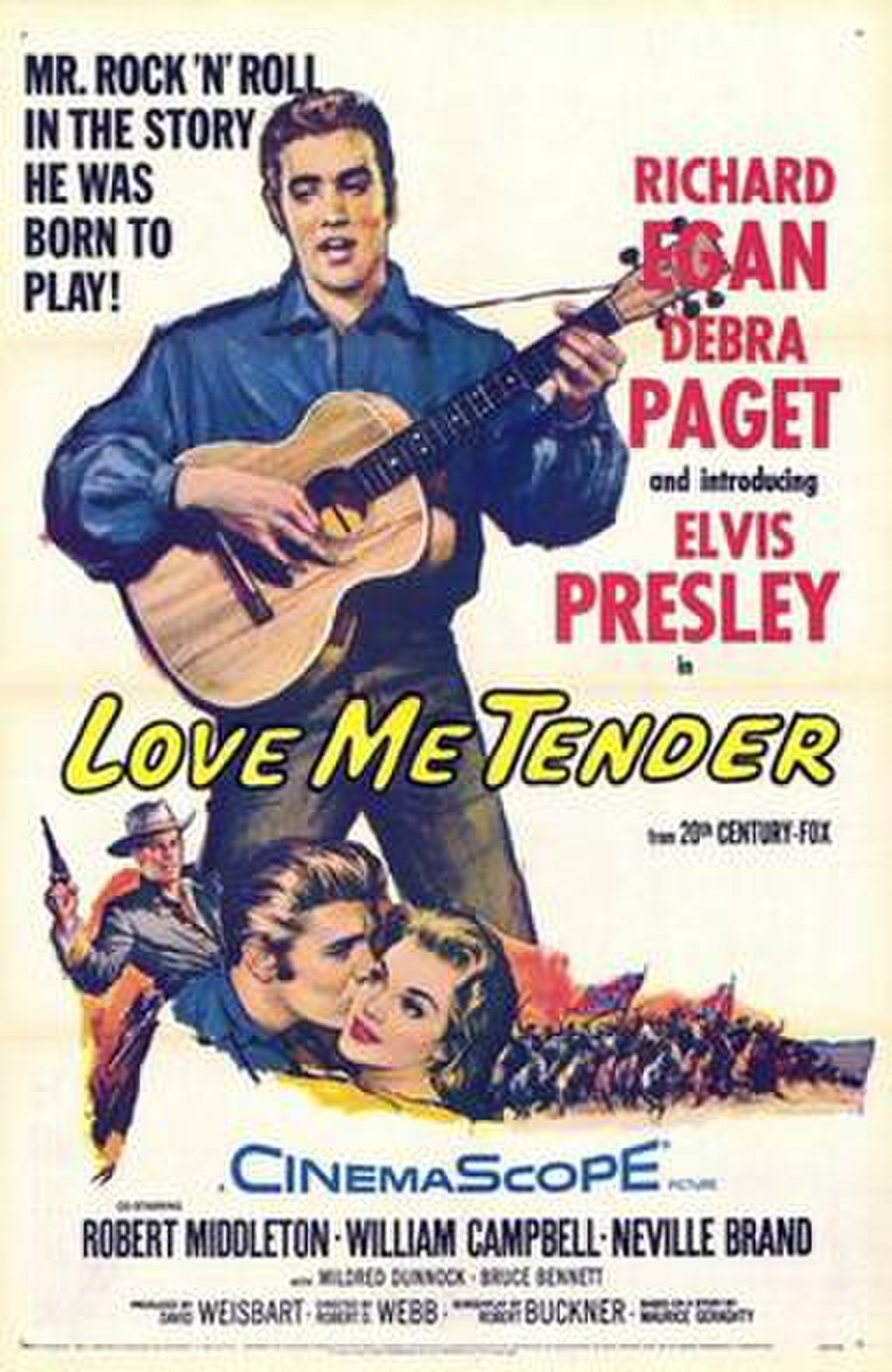 Love Me Tender is a 1956 American musical Western film directed by Robert D. Webb, and released by 20th Century Fox on November 15, 1956. The film, named after the song, stars Richard Egan, Debra Paget, and Elvis Presley in his acting debut. As Presley's movie debut, it was the only time in his acting career that he did not receive top billing.

Presley plays Clint Reno, the youngest of the four Reno brothers, who stays home to take care of his mother and the family farm as older brothers Vance, Brett and Ray fight in the American Civil War for the Confederate Army. The family is mistakenly informed that eldest brother Vance has been killed on the battlefield. After four years of war, the brothers return home and find that Vance's former girlfriend Cathy has married Clint. Although Vance accepts this wholeheartedly ("We always wanted Cathy in the family"), the family has to struggle to reach stability with this issue. The subplot of unresolved passion carries the film; it is made clear from the outset upon the Reno brothers' return home that Cathy still loves Vance, although she is true to the younger Clint. Honor prevails for Vance, but jealousy turns Clint into an irrationally thinking rival for the love of the heroine.