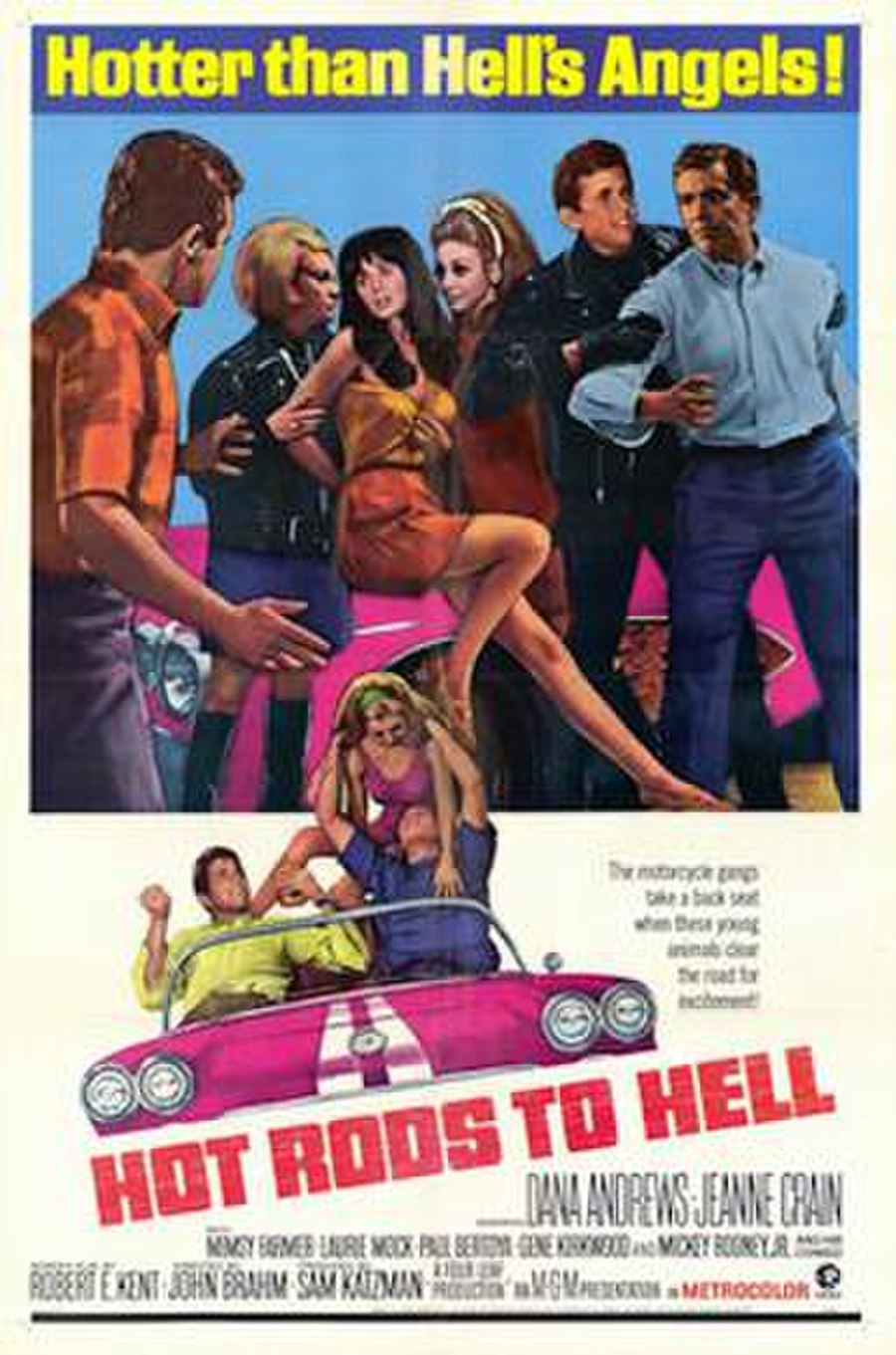 Hot Rods to Hell is a 1967 suspense film, the last by director John Brahm. The film was based on a 1956 Saturday Evening Post story by Alex Gaby, "52 Miles to Terror", which was the working title of the film.

Traveling salesman Tom Phillips (Dana Andrews) is driving home to Boston, Massachusetts for Christmas when he encounters a drunken driver on a rain-streaked road. He cannot avoid a collision, and is hospitalized with spinal damage. Since he can no longer be a traveling salesman, his brother arranges for Tom to buy a remote motel in the desert town of Mayville, California. Tom is reluctant because he has never been an innkeeper before, but he decides that he must travel in order to get as far away from the site of his accident as possible, as soon as possible.