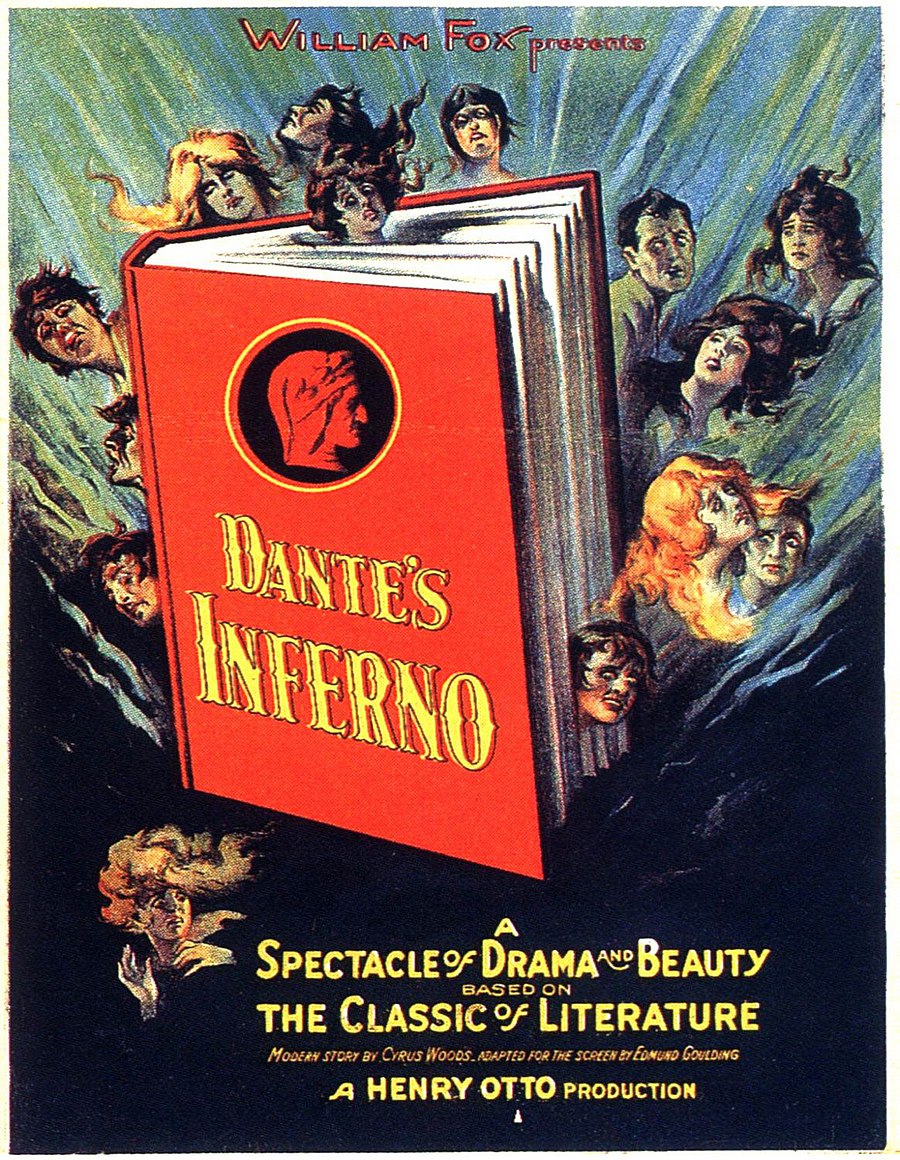 Dante's Inferno is a 1924 American silent drama film directed by Henry Otto that was released by Fox Film Corporation and adapted from Inferno, part of Dante Alighieri's epic poem Divine Comedy. The film mixes material from Dante's "Inferno" with plot points from Charles Dickens' A Christmas Carol. The book was filmed earlier in 1911 in Italy as L'Inferno, and Fox later remade the film in 1935, again as Dante's Inferno, starring Spencer Tracy in the lead role.

The tactics of a vicious slumlord and greedy businessman named Mortimer Judd finally drive a distraught man named Eugene Craig, whom he has forced into bankruptcy, to commit suicide. He constantly refuses requests for charity and treats his bedridden wife very badly. The businessman receives a copy of Dante's Inferno in the mail and reads it. In the story, a floating angel raises its sword and parts a legion of demons to allow Dante to pass, naked sinners burn in boiling tar and suicides are transformed into living trees in a forest in Hell. Judd is plunged into a frightening dream in which he is tried for murder and executed, and is afterward taken by demons to Hell where he will spend the rest of eternity. The nightmare teaches him humility and the importance of extending charity to those less fortunate than himself. He gets the chance to redeem himself by preventing Eugene Craig from committing suicide.