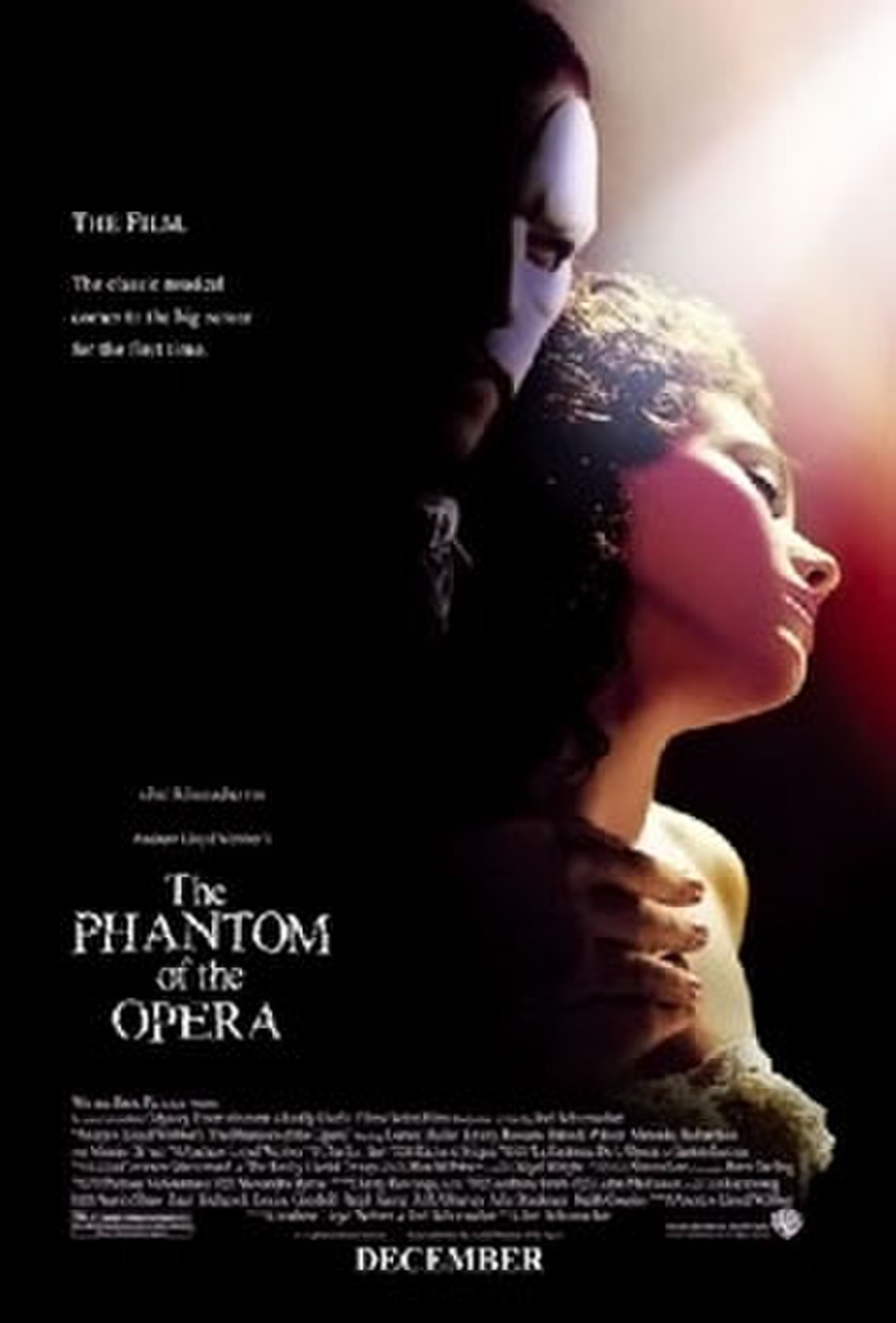 The Phantom of the Opera is a 2004 musical drama film based on Andrew Lloyd Webber's 1986 musical of the same name, which in turn is based on the 1910 French novel Le Fantôme de l'Opéra by Gaston Leroux. Produced and co-written by Lloyd Webber and directed by Joel Schumacher, it stars Gerard Butler in the title role, Emmy Rossum, Patrick Wilson, Miranda Richardson, Minnie Driver, and Jennifer Ellison.

In 1919, a public auction is held to clear an abandoned opera theatre's vaults in Paris. Viscount Raoul de Chagny bids against the elderly Madame Giry for a papier-mâché music box shaped like a barrel organ with the figure of a cymbal-playing monkey attached to it. The auctioneer presents a shattered chandelier, relating it to "the strange affair of the Phantom of the Opera". As it is hoisted up to the roof, the story moves back to 1870.