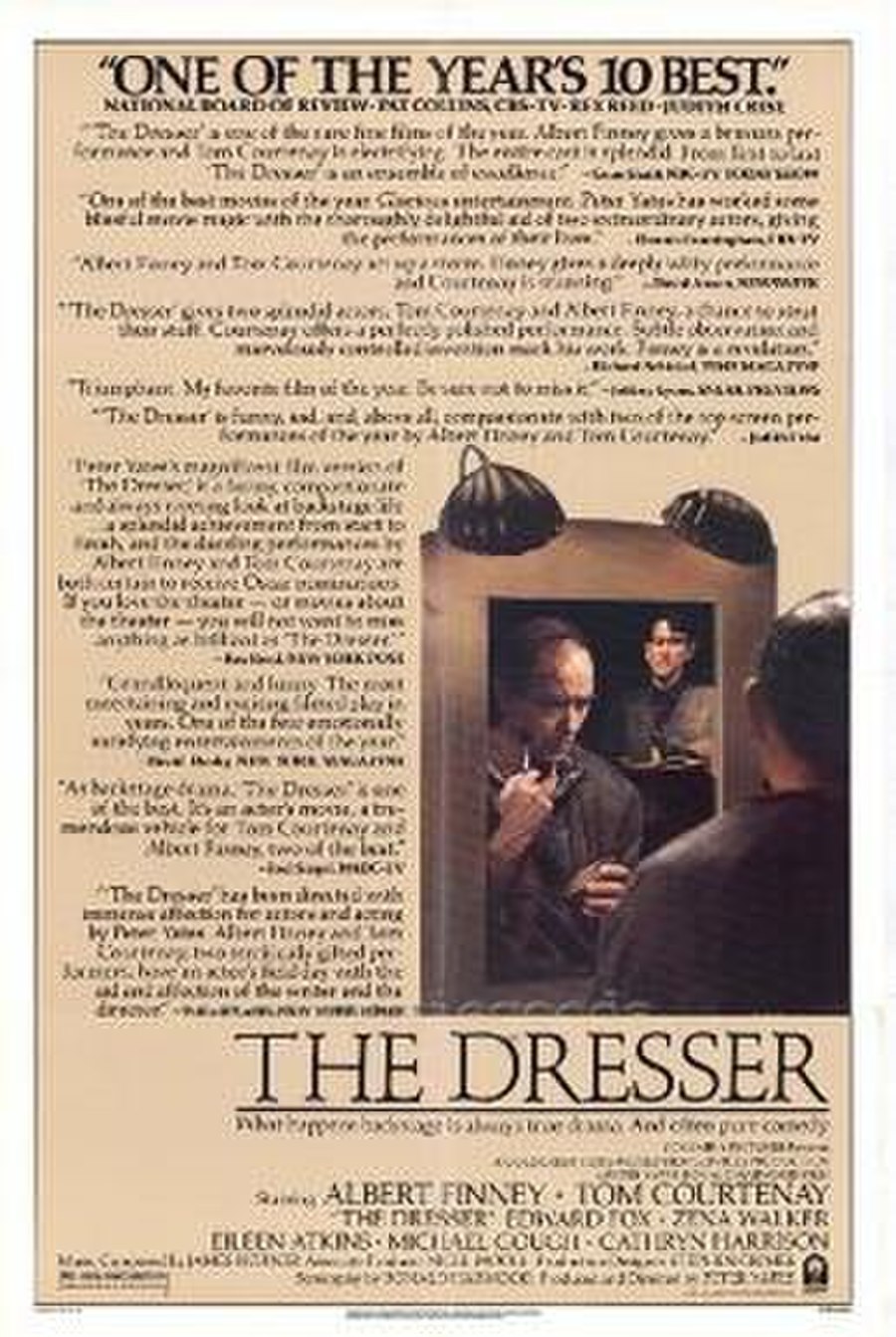 The Dresser is a 1983 British drama film, with a screenplay by Ronald Harwood, based on his 1980 play The Dresser. It tells the story of an aging actor's personal assistant, who struggles to keep his charge's life together. The film was directed by Peter Yates and produced by Yates with Ronald Harwood. Cinematography was by Kelvin Pike. It stars Albert Finney, Tom Courtenay, Zena Walker, Eileen Atkins, Michael Gough, and Edward Fox. Finney and Courtenay were both nominated for Academy Awards, BAFTA Awards, and Golden Globe Awards for their performances, with Courtenay winning the Golden Globe Award for Best Actor – Motion Picture Drama in a tie with Robert Duvall in Tender Mercies.

The plot is based on Harwood's experiences as dresser to English Shakespearean actor-manager Sir Donald Wolfit, who is the model for the character "Sir".