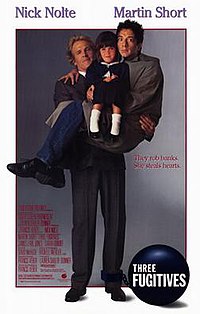 Lucas has been in prison for armed robbery. On the day he is released, he gets taken hostage by Ned Perry, an incompetent, novice criminal who robs a bank (to get money for treatment for his ill daughter, Meg) at the moment Lucas just happens to be there.