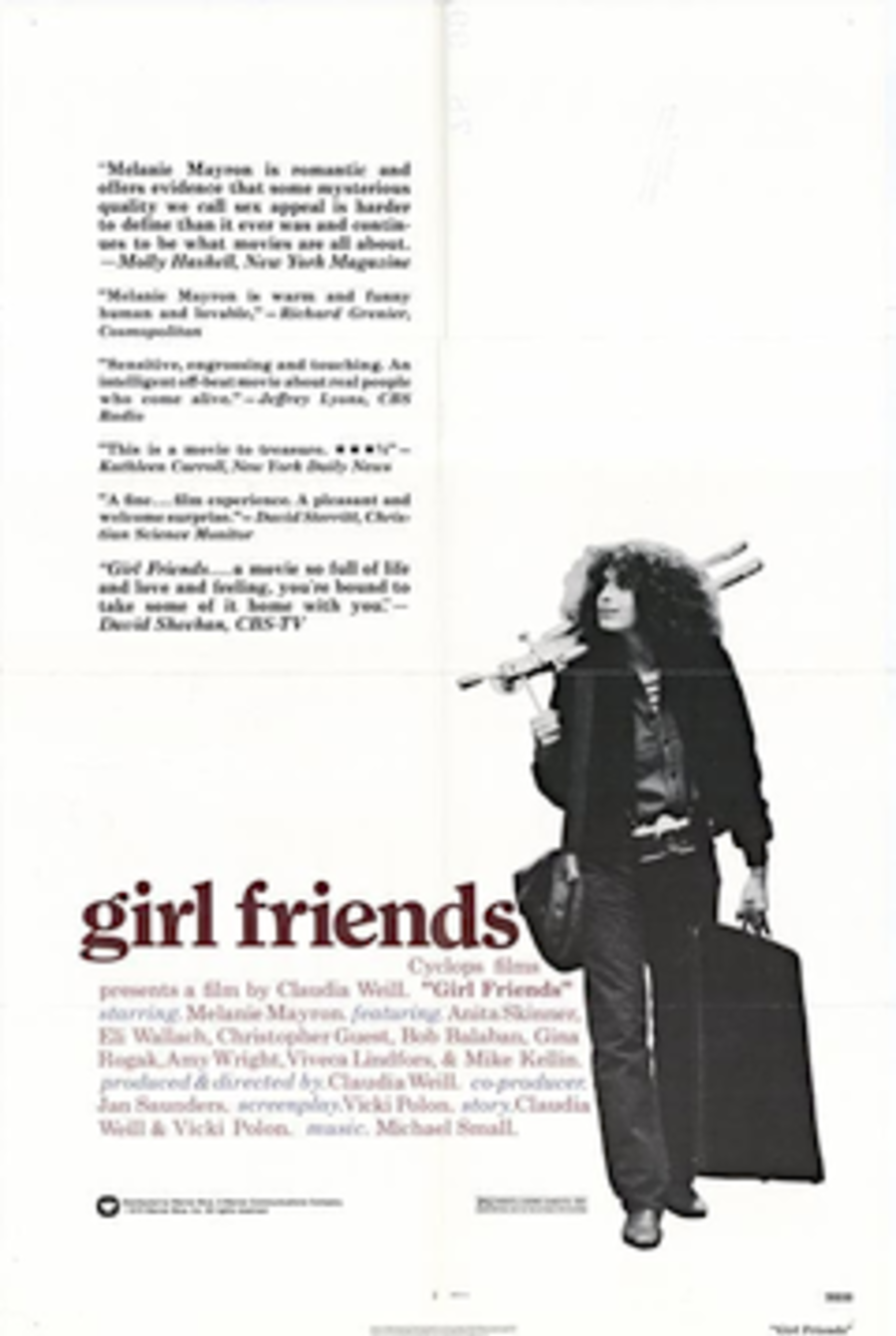 Girlfriends is a 1978 comedy-drama film produced and directed by Claudia Weill and written by Vicki Polon. The film stars Melanie Mayron as Susan Weinblatt, a Jewish photographer who experiences loneliness once her roommate Anne (Anita Skinner) moves out of their apartment in New York City. It was the first American independent film to be funded with grants, although private investors were also brought on to help complete the film.

A photographer, Susan Weinblatt, supports herself by shooting baby pictures, weddings, and bar mitzvahs while she aims for an exhibit of her work in a gallery. Her best friend and roommate, Anne Munroe, is an aspiring writer.