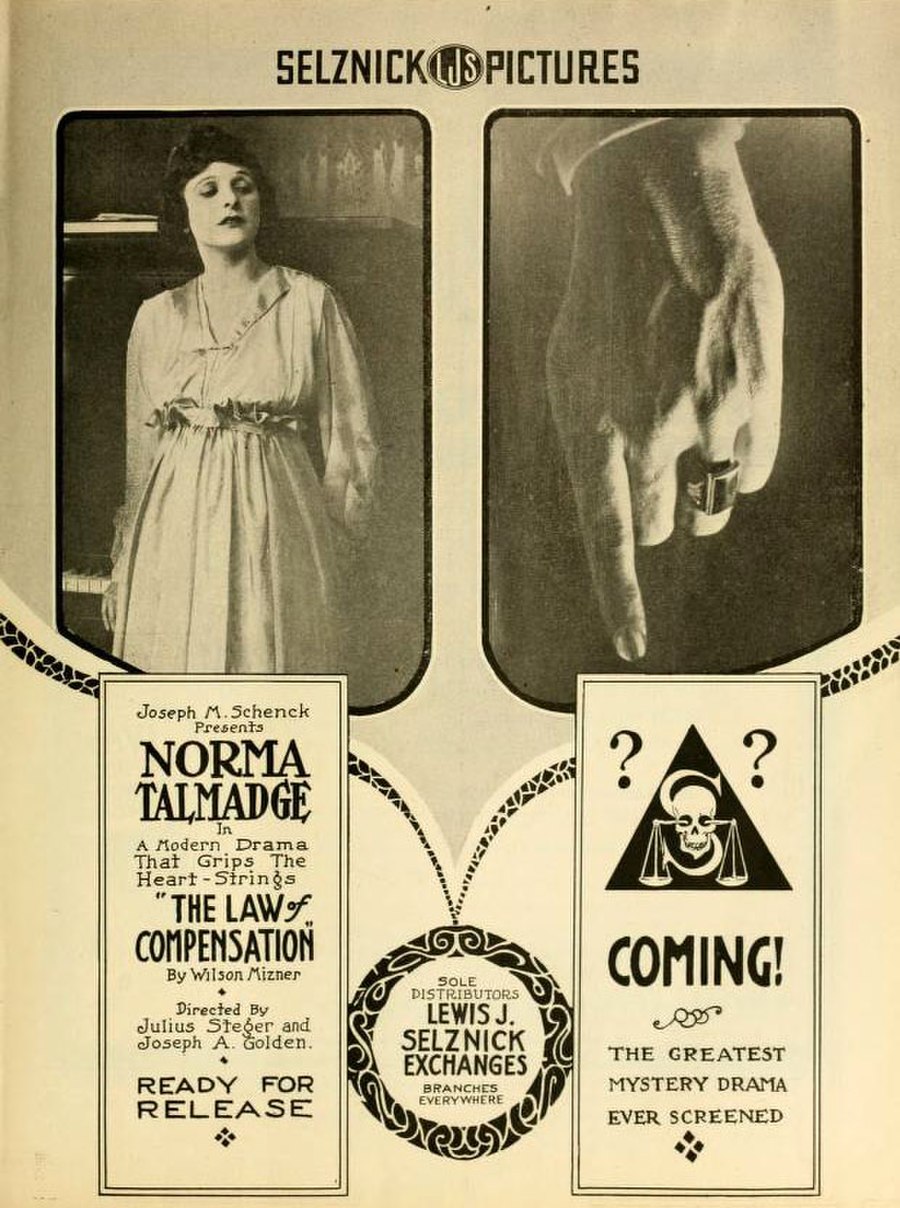 The Law of Compensation 1917

The Law of Compensation is 1917 American silent drama film based on a story by Wilson Mizner and directed by Joseph A. Golden. The film starred Norma Talmadge, who played a dual role, Fred Esmelton, and Chester Barnett. It was produced by Joseph Schenck, the husband of its star Talmadge.

While her husband (Chester Barnett) is out of town, Ruth (Talmadge) is approached by Wells (Edwin Stanley), a small-time song plugger. He claims that he can make a musical comedy star of her if she will come up with some money. But when she tries to ante up the funds, her father (Frederick Esmelton) takes her aside and tells her the story of her mother (also played by Talmadge) who found herself in a similar situation. Her mother ran off with a man, Trevor (John Charles), who later deserted her; after her death, Ruth's father tracked Trevor down and killed him. With all of this in mind, Ruth wisely decides to send Wells on his way.