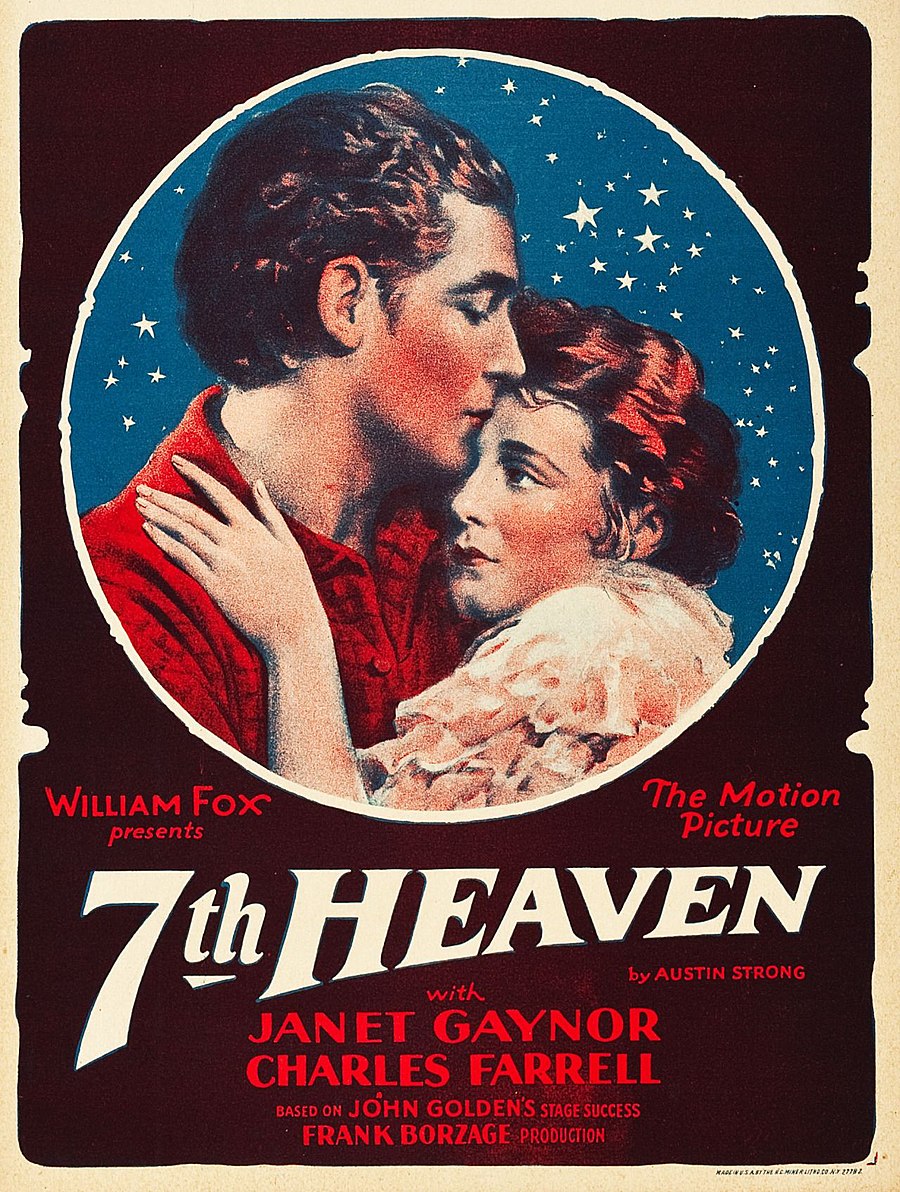 7th Heaven (also known as Seventh Heaven) is a 1927 American silent romantic drama directed by Frank Borzage, and starring Janet Gaynor and Charles Farrell. The film is based upon the 1922 play Seventh Heaven, by Austin Strong and was adapted for the screen by Benjamin Glazer. 7th Heaven was initially released as a standard silent film in May 1927. On September 10, 1927, Fox Film Corporation re-released the film with a synchronized Movietone soundtrack with a musical score and sound effects.

Chico works in the sewers of Paris. He dreams of becoming a street sweeper and therefore lights candles in the church. He also asks a blonde woman to be his partner. But his wishes are not granted, which makes him bitter.