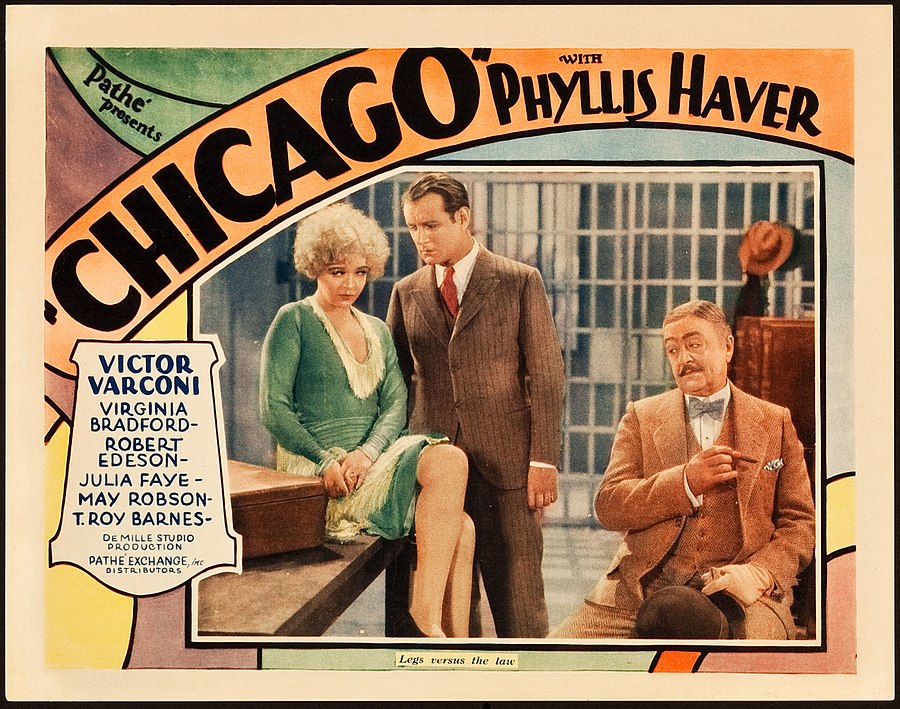 Chicago is a 1927 American silent crime comedy-drama film produced by Cecil B. DeMille and directed by Frank Urson. The first film adaptation of Maurine Dallas Watkins' play of the same name, the film stars Phyllis Haver as Roxie Hart, a fame-obsessed housewife who kills her lover in cold blood and, after trying to coerce her husband into taking the blame, is put on trial for murder.

The plot of the film is drawn from the 1926 play Chicago by Maurine Dallas Watkins which was in turn based on the true story of Beulah Annan, fictionalized as Roxie Hart (Phyllis Haver), and her spectacular murder of her boyfriend.