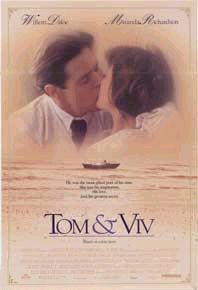 The film tells the story of the relationship between T. S. Eliot and his first wife, Vivienne Haigh-Wood Eliot. They were married in 1915 after a brief courtship, and although they separated in 1933, they never divorced.