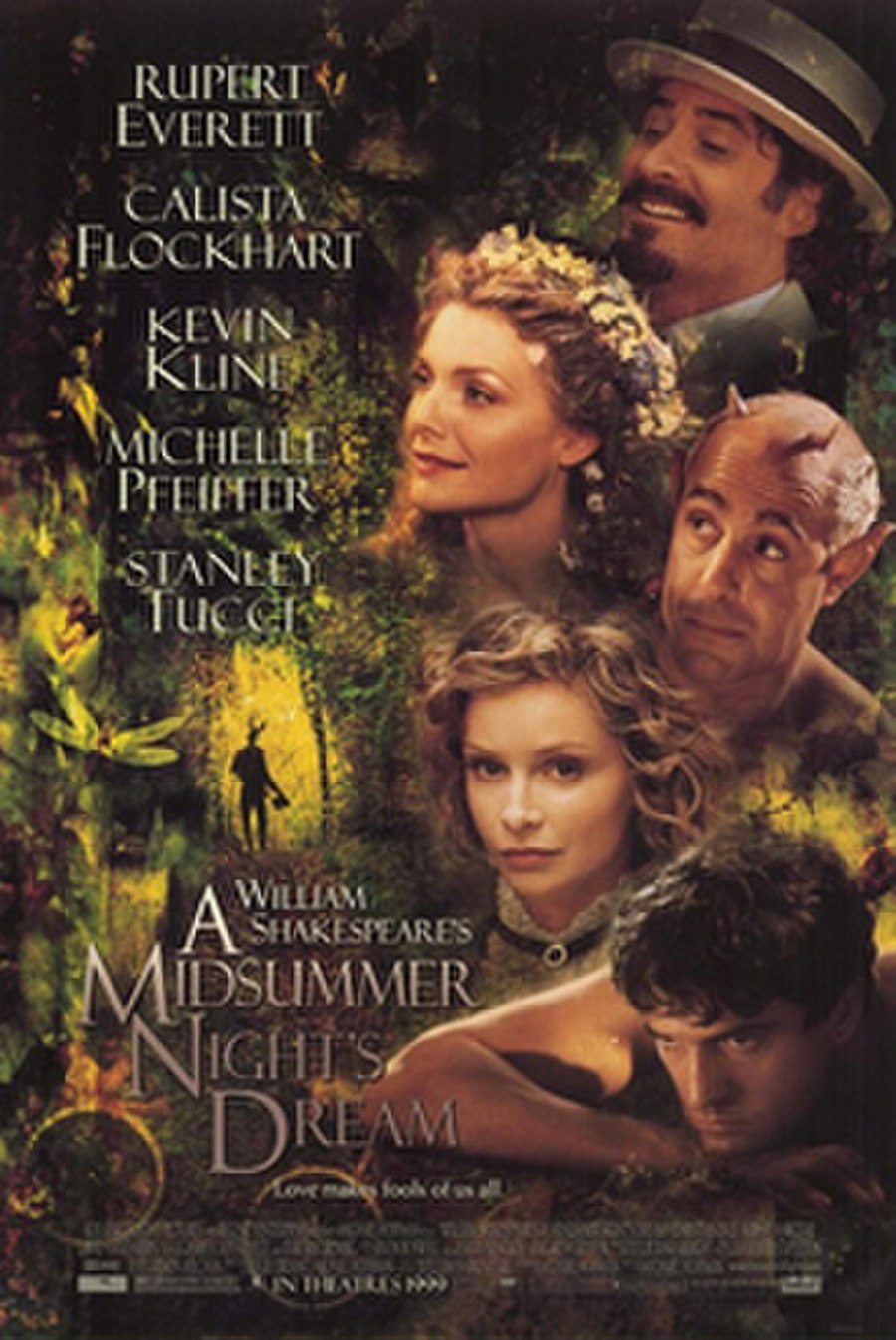 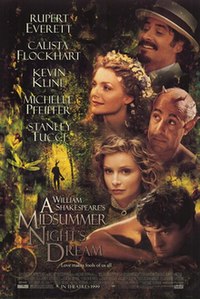 A Midsummer Night's Dream is a 1999 romantic comedy fantasy film based on the play A Midsummer Night's Dream by William Shakespeare. It was directed by Michael Hoffman. The ensemble cast features Kevin Kline as Bottom, Michelle Pfeiffer and Rupert Everett as Titania and Oberon, Stanley Tucci as Puck, and Calista Flockhart, Anna Friel, Christian Bale, and Dominic West as the four lovers.

In 19th century Monte Athena, in the Kingdom of Italy, young lovers Lysander and Hermia are forbidden to marry by her father Egeus, who has promised Hermia to Demetrius. Lysander and Hermia make plans to flee to the forest to escape the arrangement. Demetrius follows them, having been made aware of the plan by Helena, a young woman who is desperately in love with him. Once in the forest, they wander into the fairy world, ruled by Oberon and Titania, King and Queen of the fairies. Oberon and his servant sprite Puck cause mayhem among the lovers with a magic potion that causes both Lysander and Demetrius to fall in love with Helena, leading to a rift between all four that culminates (famously in this adaptation) in a mud-wrestling scene. Oberon then bewitches Titania with the same potion.