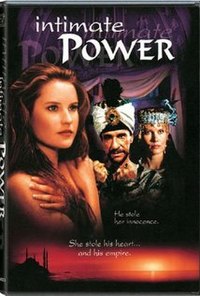 The Favorite (also titled Intimate Power) is a 1989 Swiss-American drama film based on the unsubstantiated story of Aimée du Buc de Rivéry (1768-1817) that takes place at the dawn of the 19th century. It is the final film of director Jack Smight.

A young French woman named Aimee is kidnapped and forced into a sultan's harem in Turkey. Fiercely independent, she resists, but must make choices in order to survive. She begins to influence the sultan toward more fair manners of solving his conflicts, but finds herself at odds with another of his wives, who wants her son Mustafa to become the new sultan. As the years pass, she must deal with the new sultan's advances while protecting her adopted son Mahmud, and helping the Ottoman Empire against the Russians who have better weapons than they do.