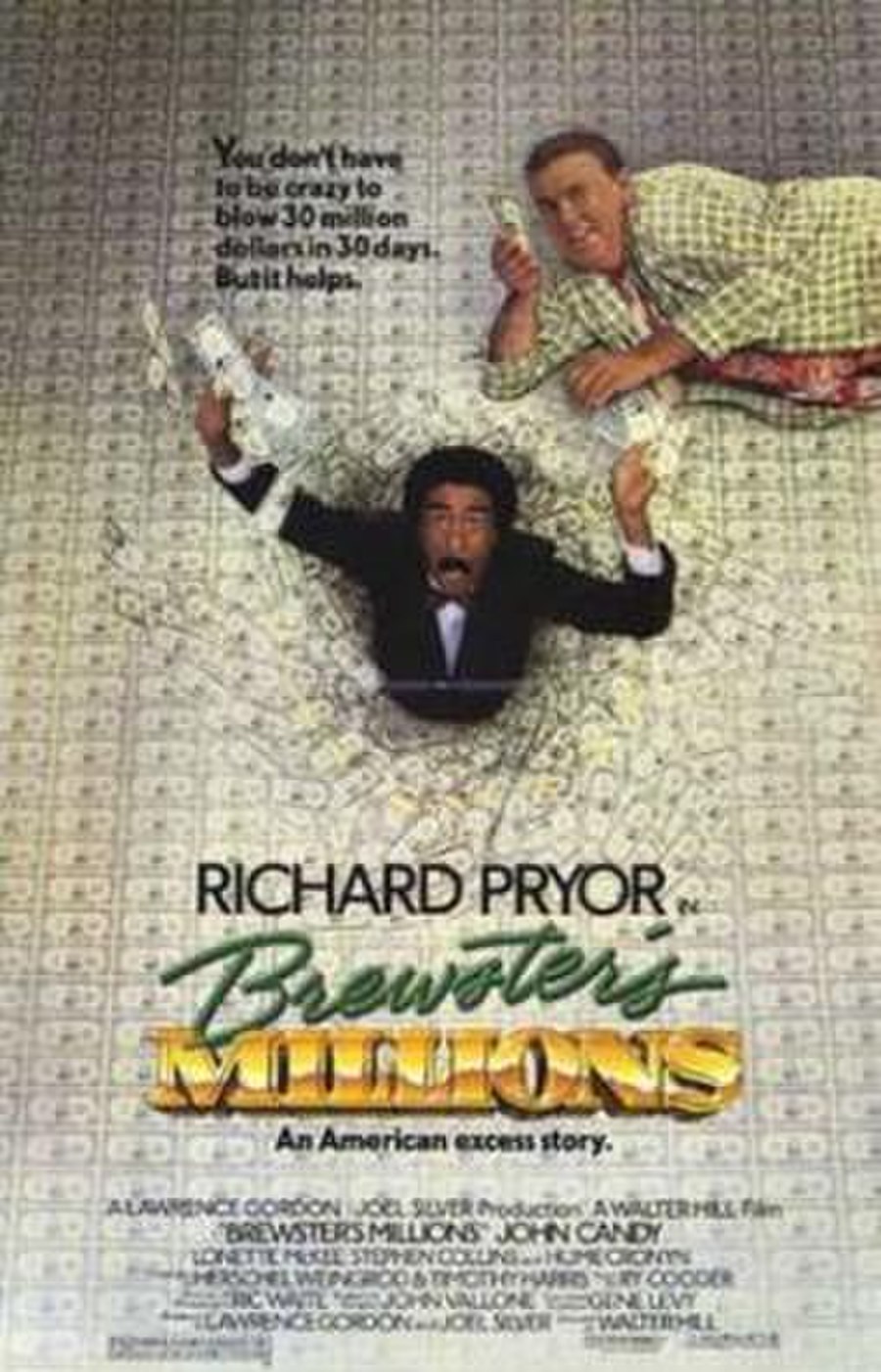 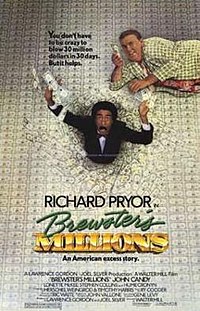 Brewster's Millions is a 1985 American comedy film directed by Walter Hill. The film stars Richard Pryor and John Candy. The screenplay by Herschel Weingrod and Timothy Harris was based on the 1902 novel of the same name by George Barr McCutcheon. It is the seventh film based on the story.

Monty Brewster is a Minor League Baseball pitcher with the Hackensack Bulls. He and his best friend, Spike Nolan, the Bulls' catcher, are arrested after a post-game bar fight. A man offers to post their bail if they will come to New York City with him. At the Manhattan law office of Granville & Baxter, Brewster is told that his recently deceased great-uncle Rupert Horn, whom he has never met, has left him his entire $300 million fortune, but only if he can complete a challenge with several conditions.