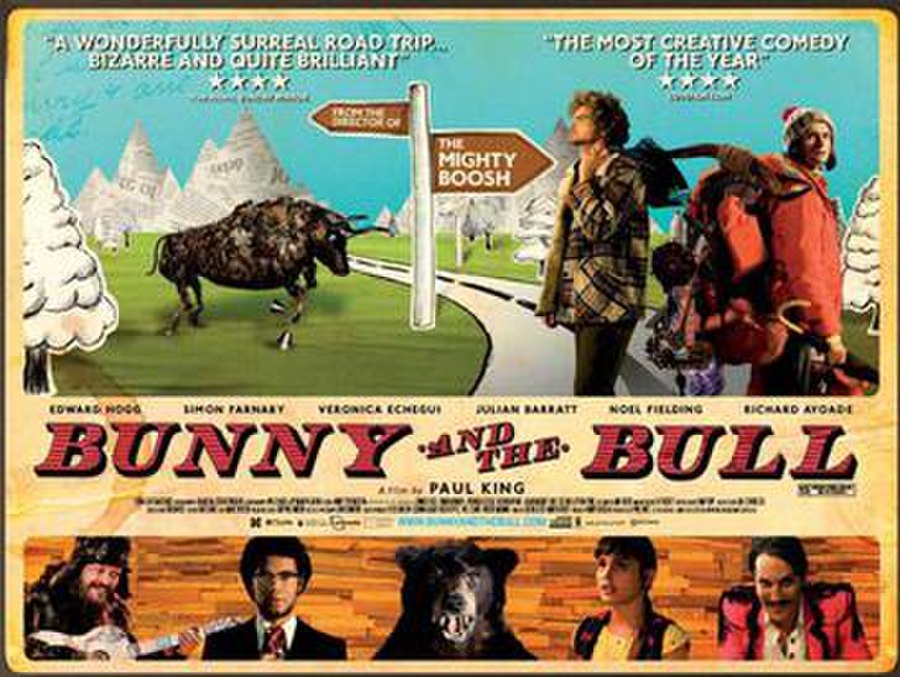 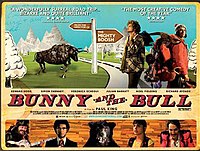 Bunny and the Bull is a 2009 British comedy film from writer-director Paul King. It stars Edward Hogg and Simon Farnaby in a surreal recreation of a road trip. King has previously worked on British television comedies The Mighty Boosh and Garth Marenghi's Darkplace; the film is made in a similar style and has guest appearances from stars of those series.

Stephen is an agoraphobic recluse who has not left his flat in nearly a year. Each of his days are structured around carefully planned routines, but one day his routine is disrupted when he discovers an infestation of mice in the kitchen cupboards. He contemplates leaving the flat to buy mouse traps, but can not bring himself to open the door, so he reminisces about the events leading up to his current situation, with objects around the flat triggering flash backs.