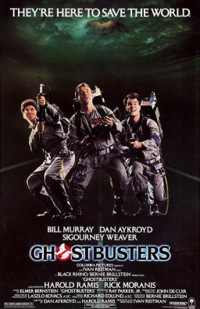 After Columbia University parapsychology professors Peter Venkman, Ray Stantz, and Egon Spengler experience their first encounter with a ghost at the New York Public Library, the university dean dismisses the credibility of their paranormal-focused research and fires them. The trio responds by establishing "Ghostbusters", a paranormal investigation and elimination service operating out of a disused firehouse. They develop high-tech nuclear-powered equipment to capture and contain ghosts, although business is initially slow.