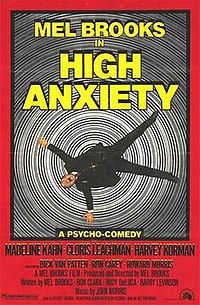 Arriving at Los Angeles International Airport, Dr. Richard Thorndyke has several odd encounters (such as a flasher impersonating a police officer, and a passing bus with a full orchestra playing inside it). He is taken by his camera-happy driver, Brophy, to the Psycho-Neurotic Institute for the Very, Very Nervous, where he has been hired as a replacement for Dr. Ashley, who died mysteriously–Brophy suspects foul play. Upon his arrival, Thorndyke is greeted by the staff, Dr. Charles Montague, Dr. Philip Wentworth, and Nurse Charlotte Diesel.