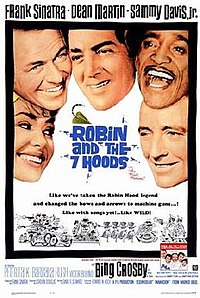 "Big" Jim Stevens (Edward G. Robinson), undisputed boss of the Chicago underworld, gets an unexpected birthday present from his ambitious lieutenant, Guy Gisborne (Peter Falk). Instead of a stripper popping out of the cake, Big Jim gets shot by all the guests. Gisborne takes over. He orders all the other gangsters in town to pay him protection money, but declares it's still "All for One." The news does not sit well with Big Jim's friend and fellow gangster, Robbo (Frank Sinatra), and a gangland war breaks out.