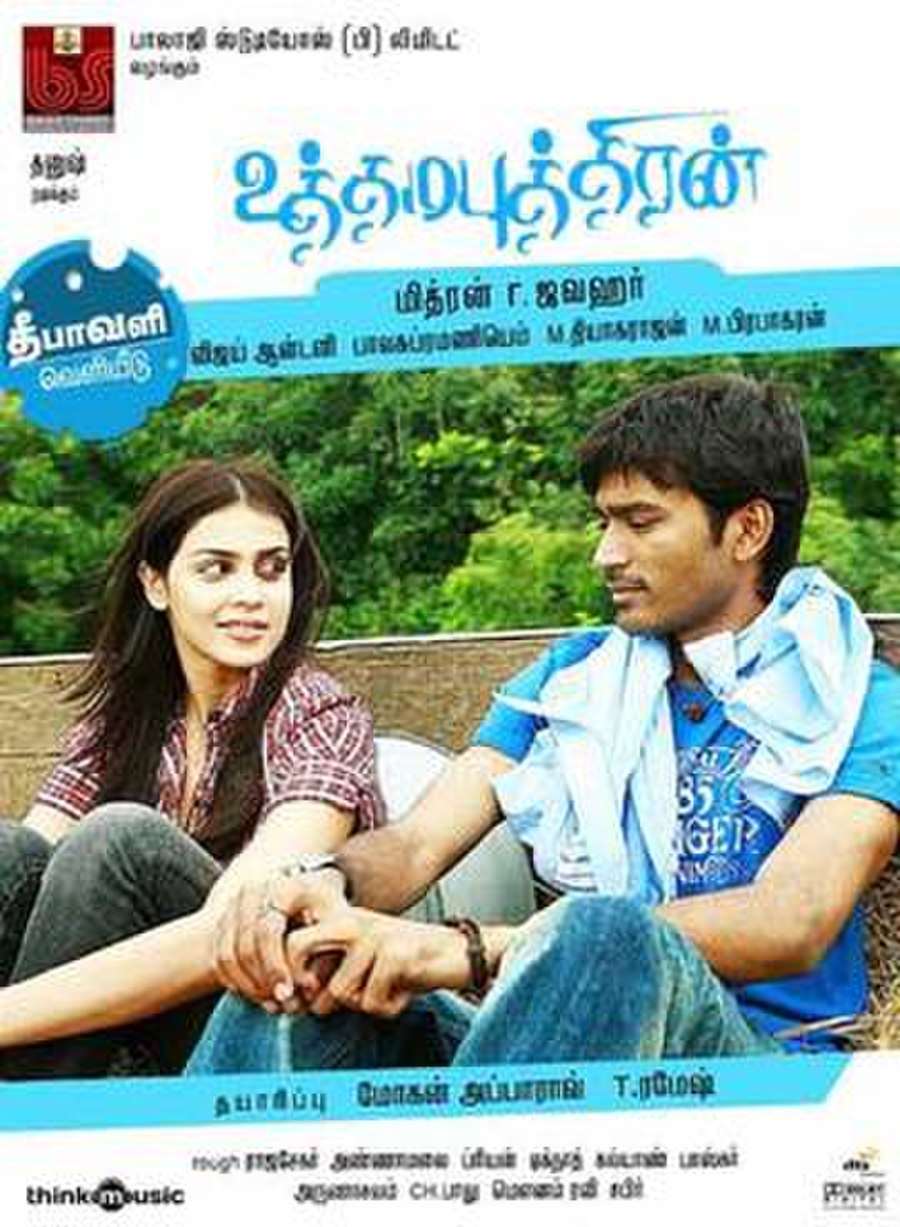 Uthamaputhiran is a 2010 Indian Tamil-language romantic comedy film directed by Mithran Jawahar. A remake of the 2008 Telugu film Ready, it stars Dhanush and Genelia, reprising her role from the original version, in the lead roles; the supporting cast includes K. Bhagyaraj, Vivek, Ashish Vidyarthi and Jaya Prakash Reddy (who was also part of the original film) among others with Shriya Saran in a cameo. The film received mixed reviews from critics, but ended up as a commercial success among 2010 Deepavali releases along with Mynaa. The film was later dubbed into Hindi as Rakhwala No. 1 in 2012.

Siva (Dhanush) is a happy-go-lucky young boy in a large family. The head of this family are three brothers. One of the brothers is Siva's father. Siva studies from a hostel away from home. He is always helpful and always comes in when others need him. In one of his obliging acts, he helps his cousin Kalpana (Shriya Saran) elope with her lover against the family's choice. This aggravates the family, and they are asked to forget all about him.