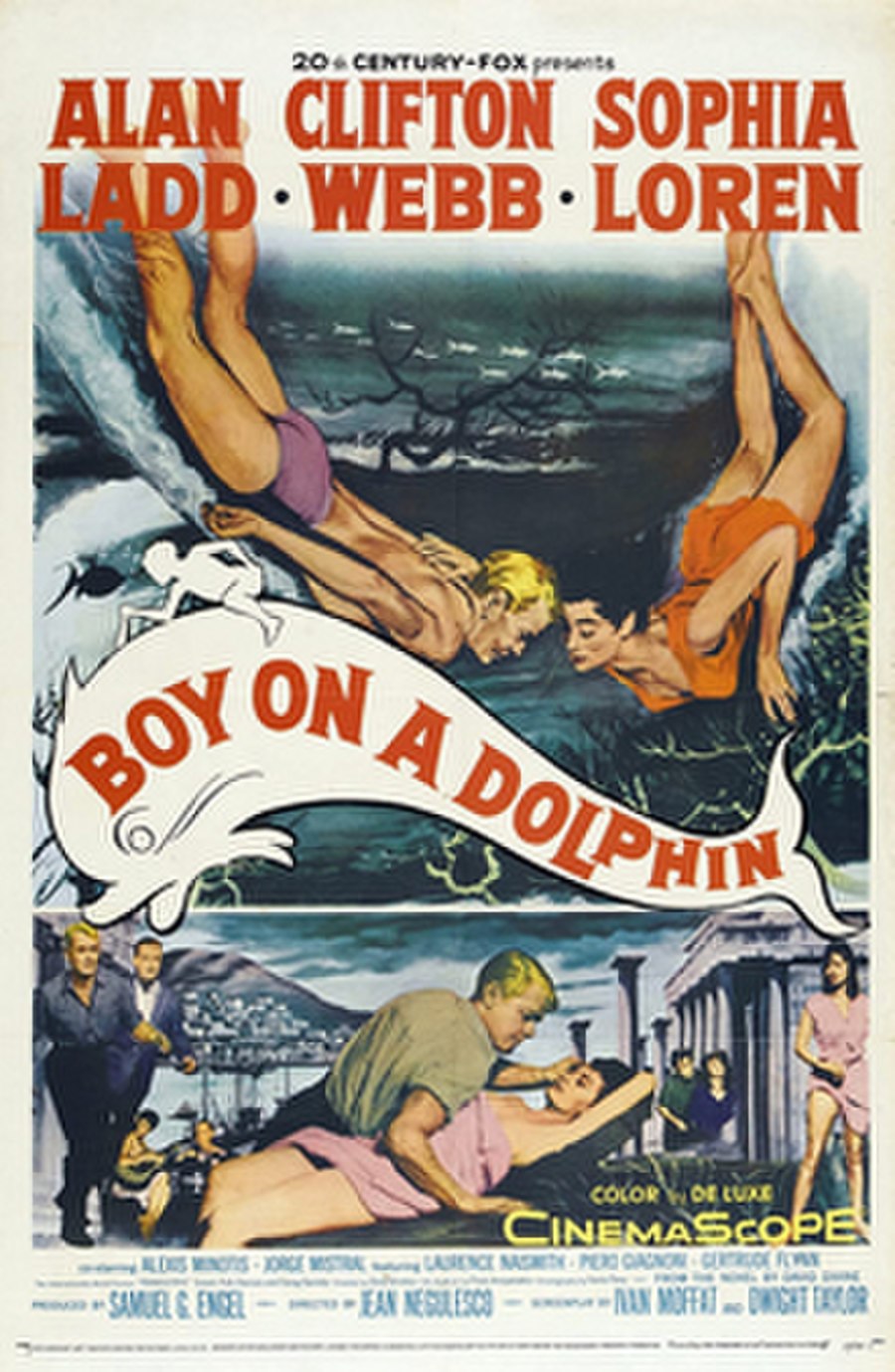 Boy on a Dolphin is a 1957 20th Century Fox romantic film set in Greece and shot in DeLuxe Color and CinemaScope. It was directed by Jean Negulesco and produced by Samuel G. Engel from a screenplay by Ivan Moffat and Dwight Taylor, based on the novel of the same name by David Divine.

Phaedra (Sophia Loren) is a poor Greek sponge diver on the island of Hydra. She works from the boat of her boyfriend, Rhif (Jorge Mistral), an immigrant from Albania. She accidentally finds an ancient Greek statue of a boy riding a dolphin on the bottom of the Aegean Sea. Her efforts to sell it to the highest bidder lead her to two competing individuals: Dr. James Calder (Alan Ladd), an honest archaeologist who will surrender it to Greek authorities, and Victor Parmalee (Clifton Webb), an aesthete and an unscrupulous dealer in historic artifacts.