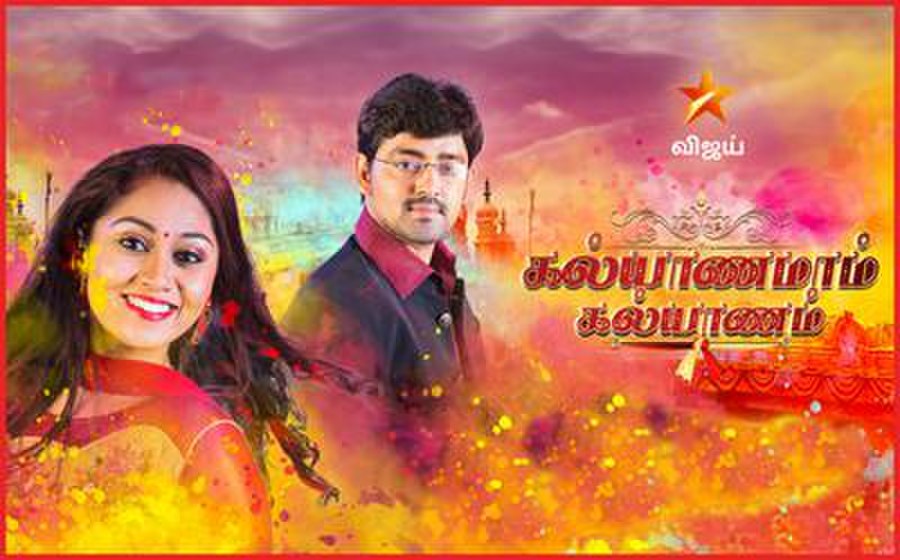 Kalyanamam Kalyanam (lit.:Marriage like Marriage) is a Tamil-language family soap opera starring Pragya Nagra, Subramanian Gopalakrishnan, Sailatha, T. S. B. K. Moulee and R. Sundarrajan. It started airing on 29 January 2018 on Vijay TV It is the first time Sreethu and Teja are paired together. The show is directed by Bramma. The plot and names were partly inspired from the Tamil movie Kadhal Kottai. A sequel series named Anjali premiered on 25 February 2019 replacing this series.

The story starts with introduction of Kamali and Suriya. They both have two different worlds. Kamali living in Kothagiri, wants to get married and live her life happily with her husband full of love just like her parents, while Suriya in Chennai thinks marriage is just one more burden in life which will only hurt people's life based on his experience in his parent's divorced life. Suriya's grandfather Siva wants him to marry and looks for alliance and wants him and his parents to meet Kamali. Suriya and his parents arrive at Kamali's home. Suriya asks Kamali about divorce in their first talk. This creates bad impression of Suriya among her family members.