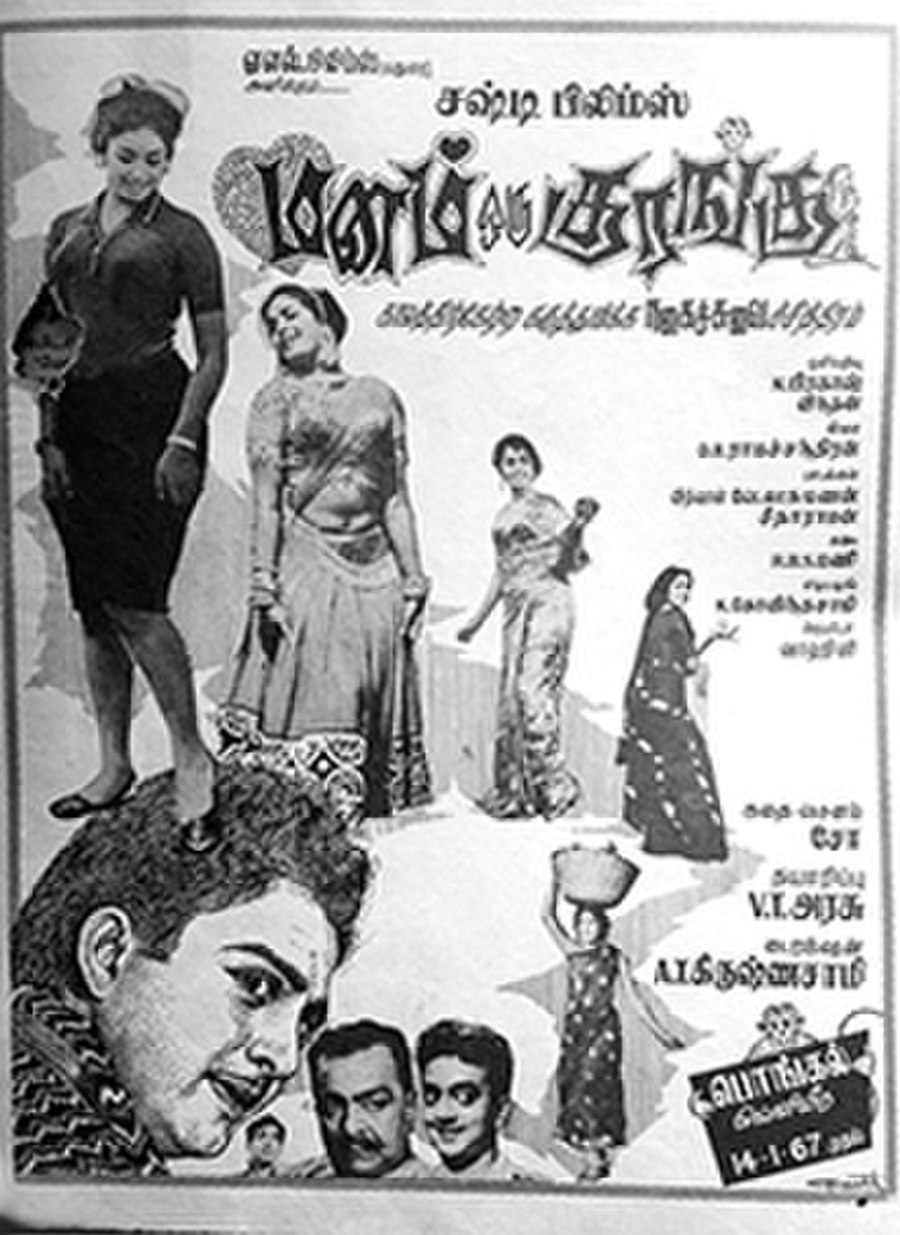 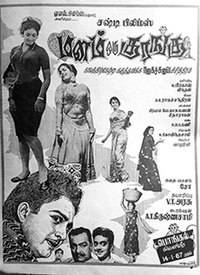 Manam Oru Kurangu is a 1967 Indian Tamil-language satirical film directed by A. T. Krishnaswamy and produced by T. V. Arasu. Based on the play of the same name, itself inspired by the 1913 George Bernard Shaw play Pygmalion, the film stars Cho Ramaswamy (who also wrote the screenplay), R. Muthuraman, T. S. Balaiah, A. V. M. Rajan, K. R. Vijaya and Vijayarani. It was released on 14 January 1967 and became a commercial success.

Maruthayi is a village-based vegetable seller who, by sheer accident, becomes an actress named Mallika Devi. Murgesa, a farmer from the same village, loves Maruthayi and wants to marry her, but after she becomes an actress, she moves away from him. It was Gopinath, a wealthy socialite, who made her an actress as he laid a challenge that he would transform a vegetable seller into an actor if his regular heroine exited at the last second. A rich man's son Chellappa aspires to marry Maruthayi, but ends up marrying another girl. Murgesa realises that Maruthayi has a new status; when he tries to meet her, Gopinath discourages him, and he returns to his village. When Gopinath confesses his love for Maruthayi, she does not reciprocate. She is left alone, with nowhere to go.