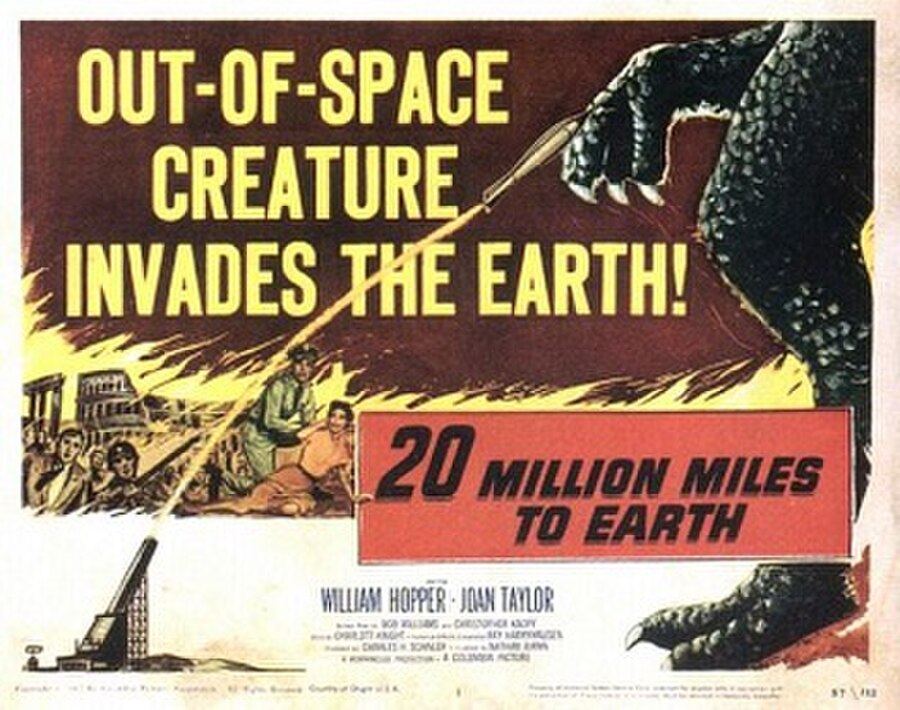 20 Million Miles to Earth (a.k.a. The Beast from Space) is a 1957 American horror science fiction monster film directed by Nathan H. Juran and starring William Hopper, Joan Taylor, and Frank Puglia. It was produced by Charles H. Schneer's Morningside Productions for Columbia Pictures. The screenplay was written by Bob Williams and Christopher Knopf from an original treatment by Charlott Knight. As with several other Schneer-Columbia collaborations, the film was developed to showcase the stop-motion animation of Ray Harryhausen.

The first U.S. spaceship to Venus, the XY-21, crashes into the Mediterranean sea off the coast of Sicily, Italy as fishermen watch. They row to the spacecraft, enter through a hole in the spacecraft and pull two spacemen from the nose-down craft before it completely sinks.