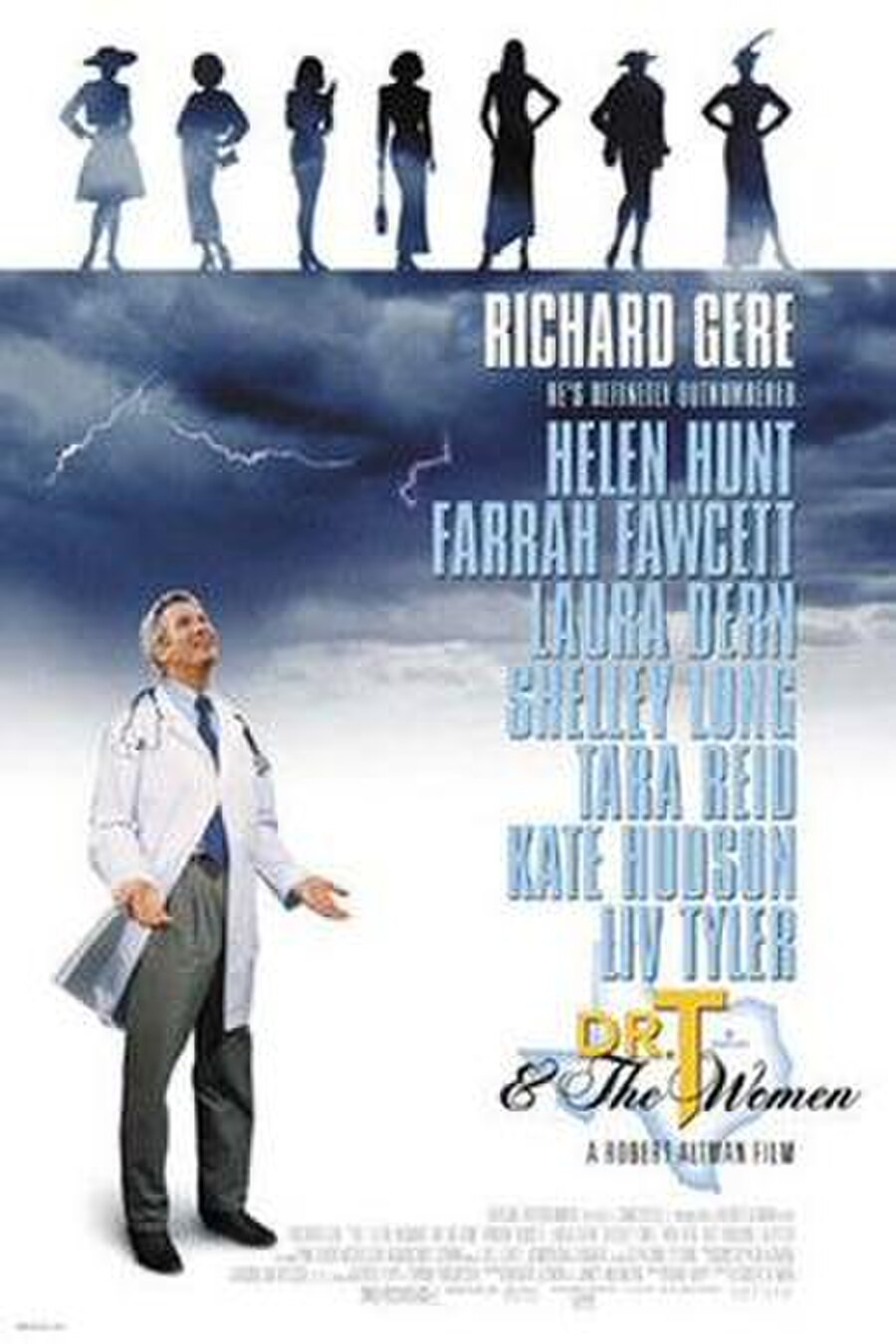 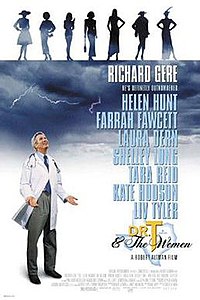 Dr. T & The Women is a 2000 American romantic comedy film directed by Robert Altman, featuring an ensemble cast including Richard Gere as wealthy gynecologist Dr. Sullivan Travis ("Dr. T") and Helen Hunt, Farrah Fawcett, Laura Dern, Shelley Long, Tara Reid, Kate Hudson, and Liv Tyler as the various women that encompass his everyday life. The movie was primarily filmed in Dallas, Texas, and was released in US theaters on October 13, 2000. The film's music was composed by American composer and alternative country singer Lyle Lovett, who released an album of his score in September 2000.

Dr. Sullivan Travis (aka "Dr. T.") (Richard Gere) is a wealthy Dallas gynecologist for some of the wealthiest women in Texas who finds his life beginning to fall apart starting when his wife, Kate (Farrah Fawcett), suffers a rare type of infantalizing syndrome of wealthy women, receding into a childlike state and, after she disrobes in a shopping mall fountain is committed to the state mental hospital. When Dr. T visits Kate, she rebuffs his kisses as improper and he sees her pre-teen psychic age cannot be brought back to adulthood by his affection. Dr. T's eldest daughter, Dee Dee (Kate Hudson), is planning to go through with her approaching wedding despite the secret that she is romantically involved with Marilyn (Liv Tyler), the maid of honor. Dr. T's youngest daughter, Connie (Tara Reid), is a spunky conspiracy theorist who has her own agenda including sharing with her father how she discovered Dee Dee and Marilyn are lovers.