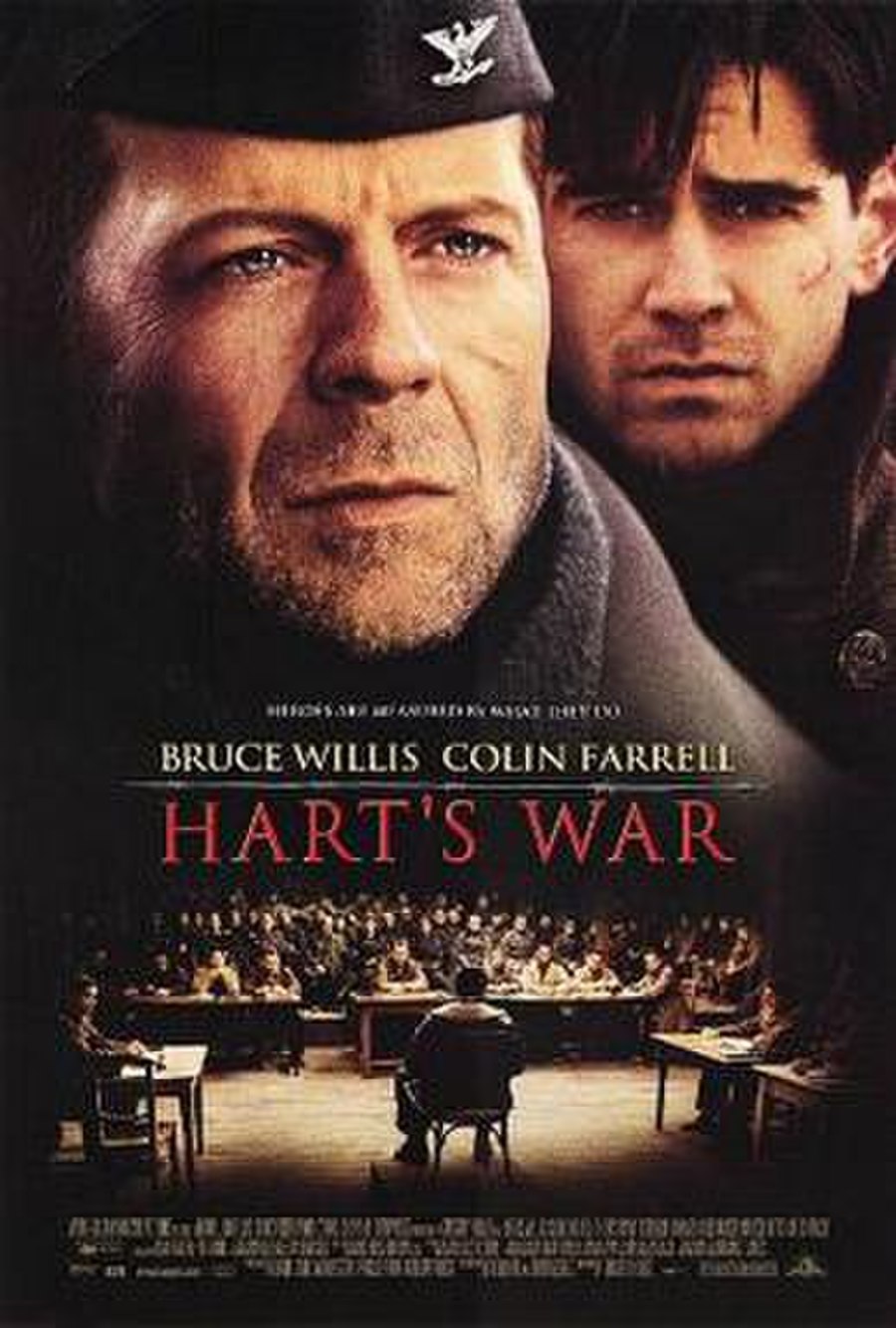 Hart's War is a 2002 American thriller drama film about a World War II prisoner of war (POW) camp based on the novel by John Katzenbach. It stars Bruce Willis as Col. William McNamara and Colin Farrell as Lt. Thomas Hart. The film co-stars Terrence Howard, Cole Hauser and Marcel Iureş. The film, directed by Gregory Hoblit, was shot at Barrandov Studios in Prague, and released on February 15, 2002. The film earned mixed reviews and was a box office bomb grossing just $33.1 million against its $70 million budget.

During the Battle of the Bulge in World War II, U.S. Army intelligence officer First Lieutenant Thomas Hart (Farrell) is captured by German forces. While interrogating Hart, the Germans coerce him to divulge intelligence by taking away his boots, causing his feet to become frostbitten and badly injured, and leaving him, naked, in a very cold cell. He is then transferred by train to Stalag VI-A prisoner of war camp at Hemer, Germany. While en route, a P-51 Mustang attacks (the letters POW were painted on the top of the train, but got covered by thick snow). To save themselves, the POWs leave the train and spell P-O-W with their bodies and prevent further strafing.