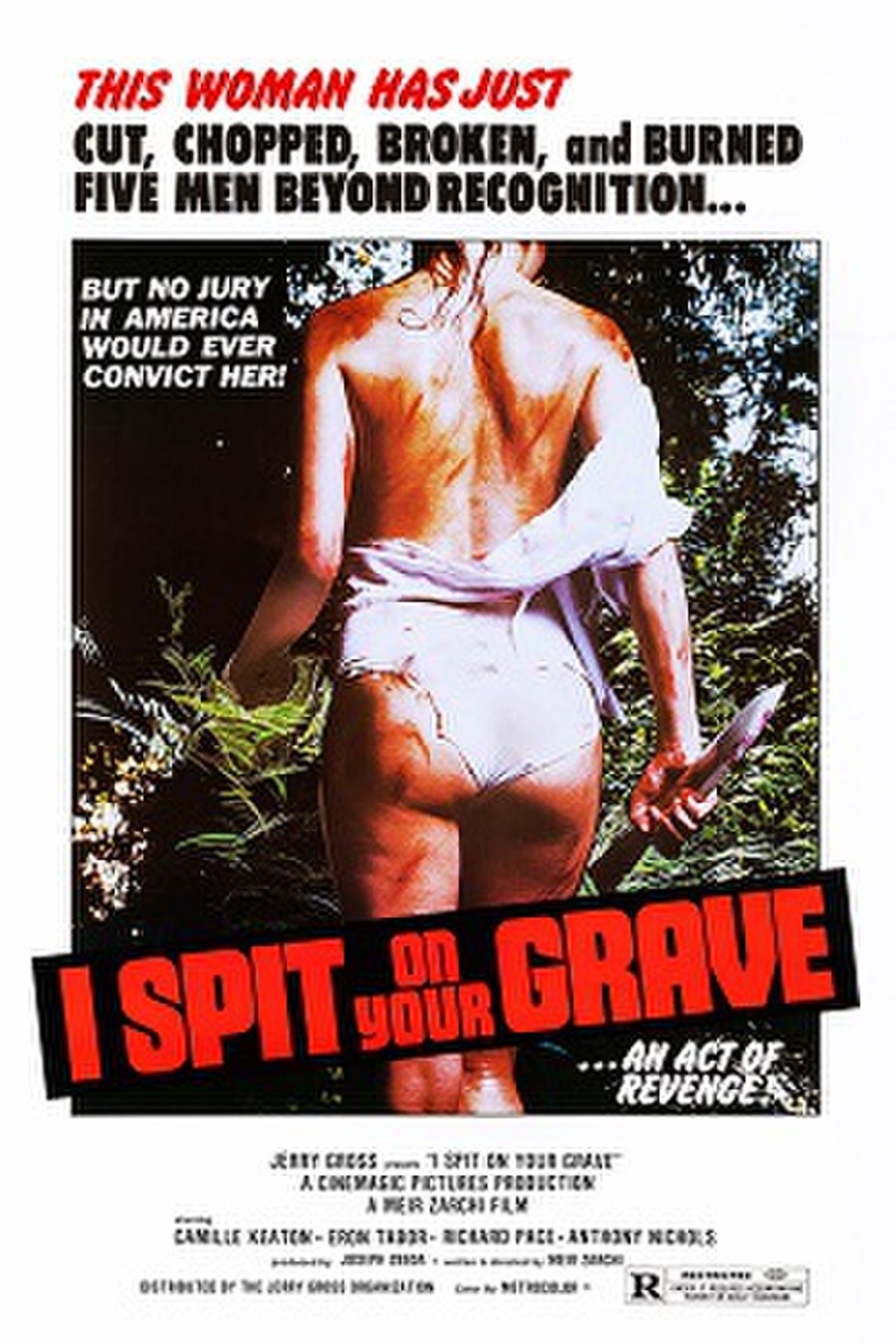 I Spit on Your Grave (originally titled Day of the Woman) is a 1978 American rape and revenge horror film written, directed and edited by Meir Zarchi. It stars Camille Keaton, Eron Tabor, Richard Pace, Anthony Nichols, and Gunter Kleemann. The film tells the story of Jennifer Hills, a fiction writer based in New York City who exacts revenge on each of her tormentors after four men gang rape and leave her for dead.

Short story writer Jennifer Hills lives in Manhattan and rents an isolated cottage in Kent, Connecticut near the Housatonic River in the Litchfield County countryside to write her first novel. The arrival of the attractive and independent young woman attracts the attention of Johnny Stillman, the gas station manager, and Stanley Woods and Andy Chirensky, two unemployed men. Jennifer has her groceries delivered by Matthew Duncan, who is mildly mentally disabled. Matthew is friends with the other three men and reports back to them about the beautiful woman he met, claiming that he saw her breasts.