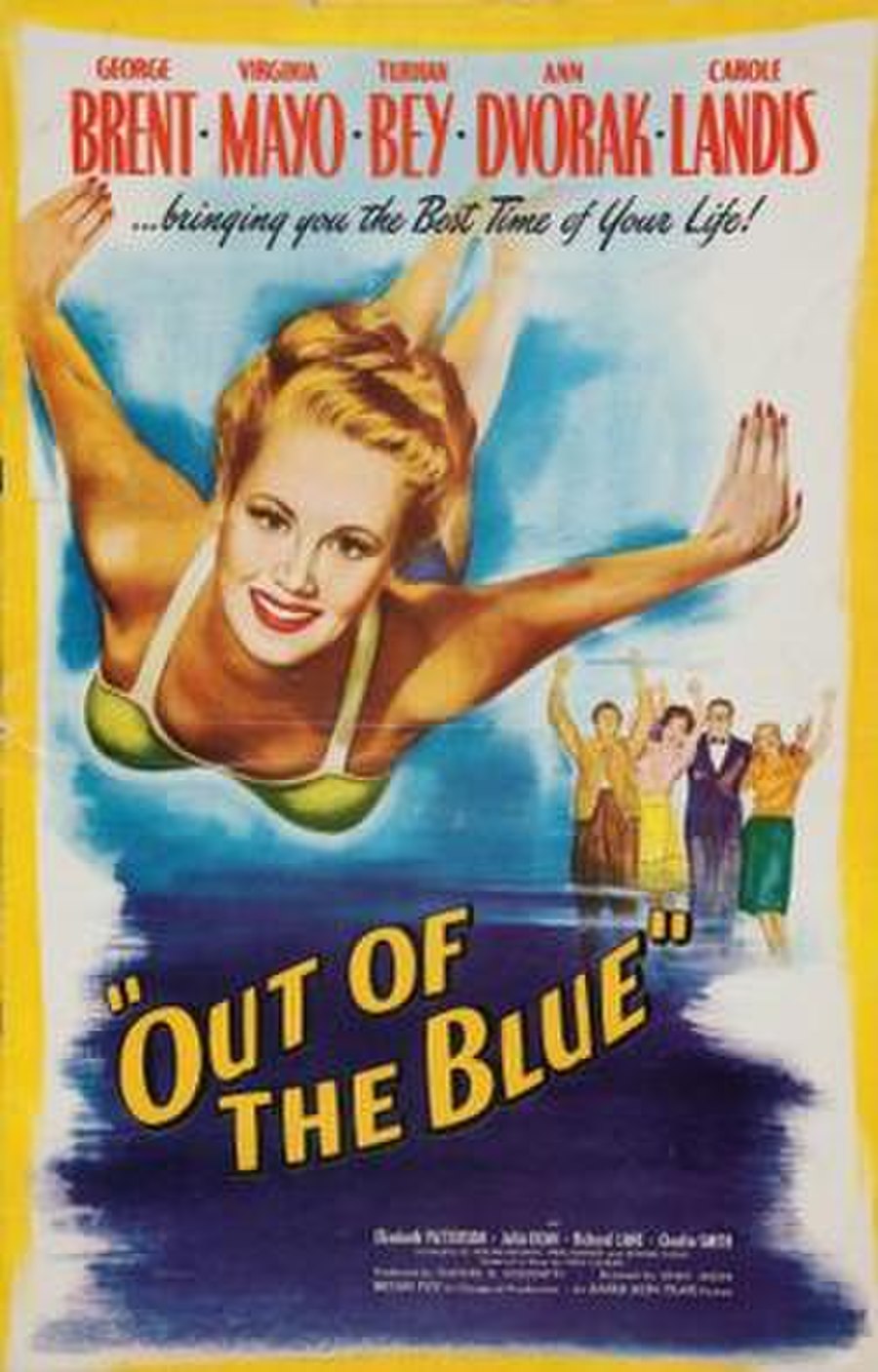 Out of the Blue is a 1947 comedy film based on the short story by Vera Caspary who also co-wrote the screenplay. It stars George Brent, Virginia Mayo, Turhan Bey, Ann Dvorak and Carole Landis. It was directed by Leigh Jason.

Arthur Earthleigh (George Brent) lives in an apartment in Greenwich Village where he is dominated by his wife Mae (Carole Landis) and annoyed by Rabelais, the German Shepherd owned by his neighbour, artist and swinging bachelor David (Turhan Bey). David has a constant parade of attractive women visiting his apartment to pose for him. He currently is being visited by Deborah (Virginia Mayo) who wants David's champion Rabelais to breed with her dog.