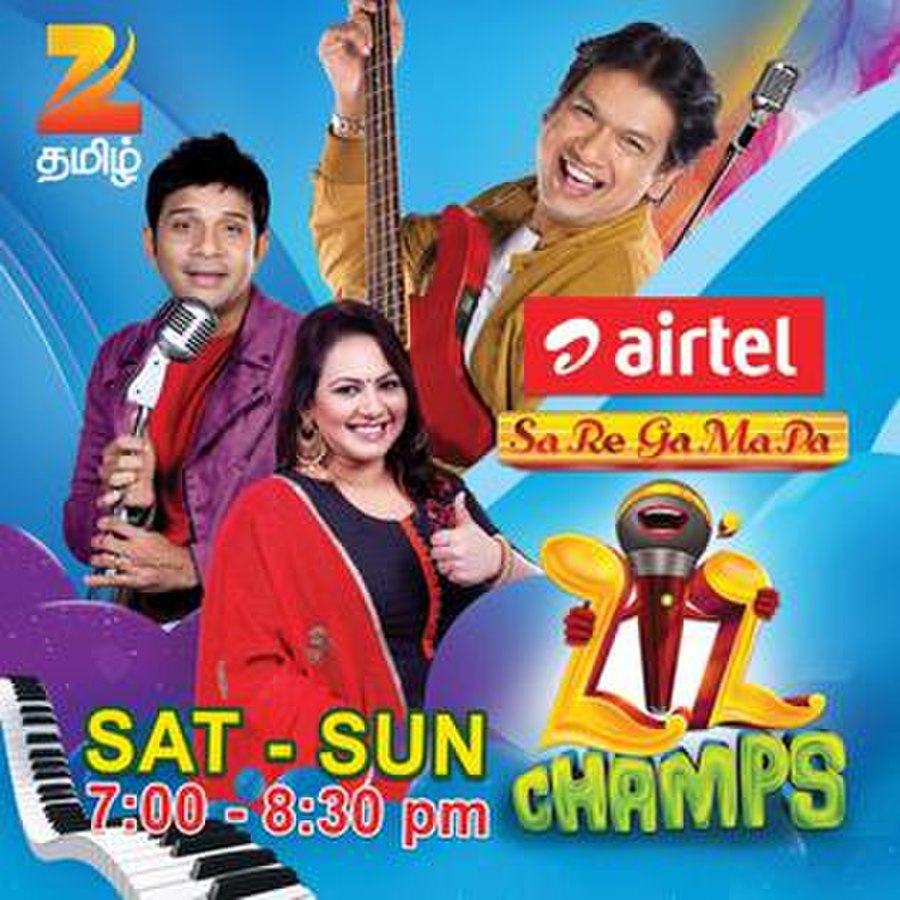 Sa Re Ga Ma Pa Lil Champs is an 2016 Indian-Tamil language musical reality TV game show, which airs on Zee Tamil. The show based on the Hindi Language show Sa Re Ga Ma Pa L'il Champs. The series is meant for young children between the ages of 5–14 years, which judges the children on the basis of their voice quality, singing talent and versatility in performance. The show was premiered on 24 December 2016.