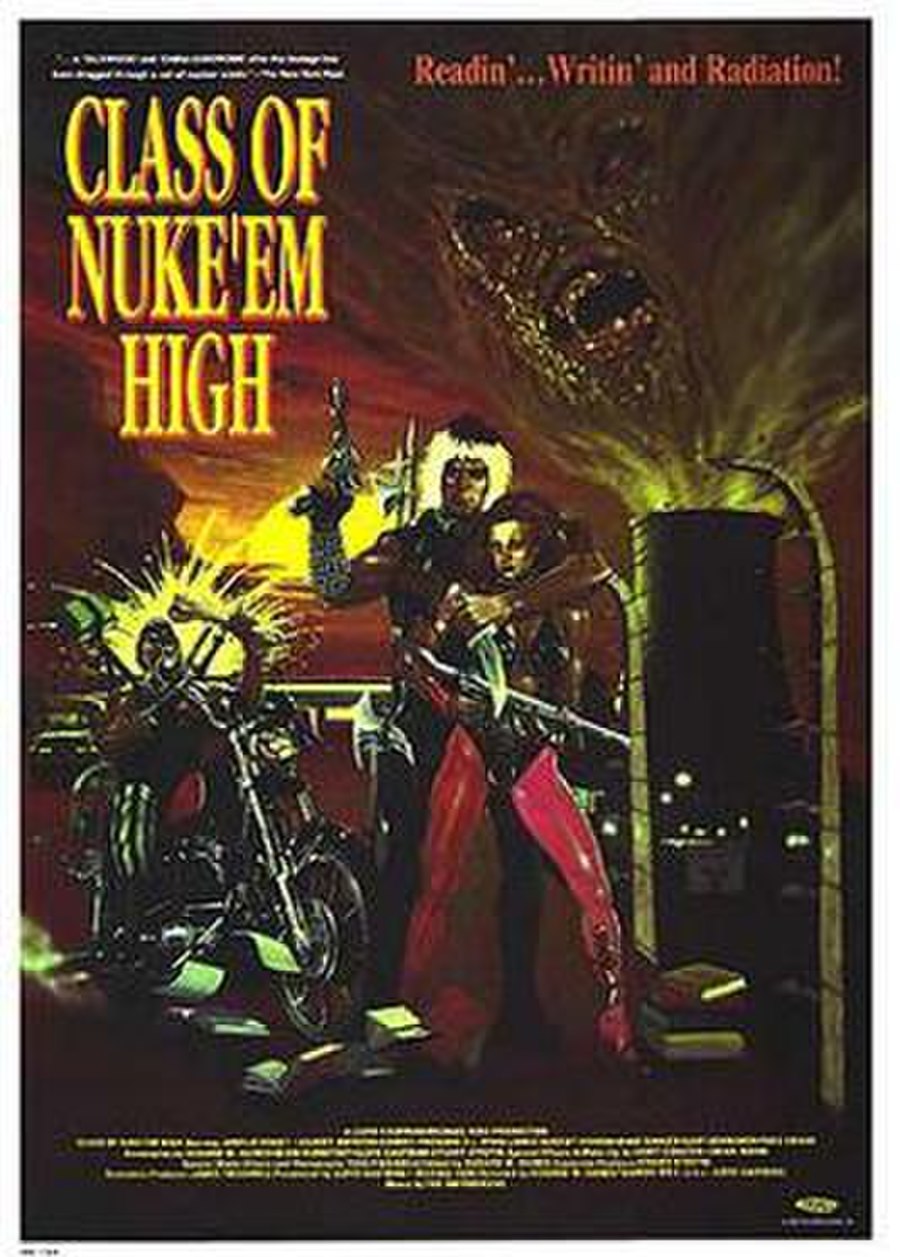 The film follows the events that unfold at Tromaville High School in New Jersey, which is conveniently located next to a nuclear power plant. An accident at the nuclear plant is covered up by plant owner, Mr. Paley, who does not want the facility shut down by the safety commission. The accident causes a radioactive water leak which ends up gruesomely killing a student at the school after the tainted water reaches the drinking fountain. The gang of the school, called "The Cretins," who were originally part of the honor society, torments the school, and it's implied that they have been turned into violent psychopaths by the runoff from the plant. They pick leaves from a radioactive marijuana plant located in the yard of the nuclear plant and sell it to Eddie for $10.