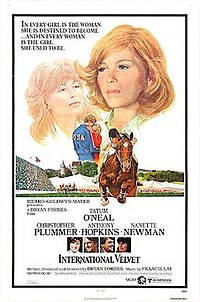 After her parents are killed in a car crash, teenage Sarah Velvet Brown is forced to leave her home in Cave Creek, Arizona, to go to England to live with her aunt Velvet Brown and Velvet's boyfriend John. After the events of National Velvet Donald got married, had Sarah, and moved from England to Arizona.