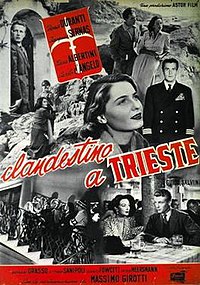 Giulio (Jacques Sernas), an Italian Air Force officer is arrested by Allied forces who believe he has deliberately bombed a hospital ship during World War II. Through the efforts of Lida (Doris Duranti), his sweetheart, a witness is found who proves the bombing was not intentional but the result of being hit by enemy fire.