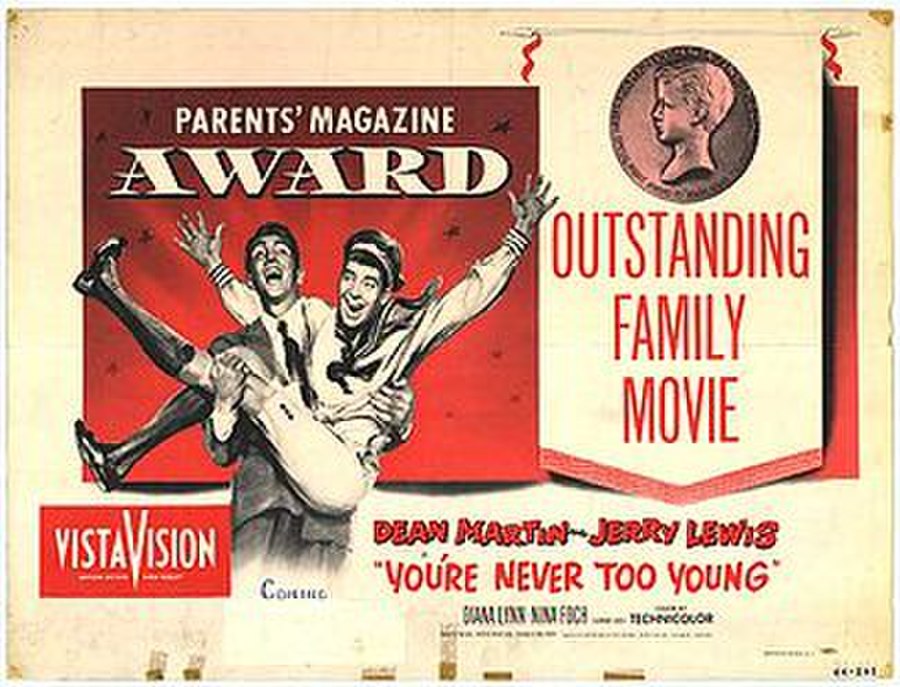 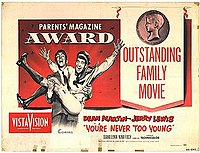 You’re Never Too Young is a 1955 American semi-musical comedy film directed by Norman Taurog and starring the team of Martin and Lewis and co-starring Diana Lynn, Nina Foch, and Raymond Burr. It was released on August 25, 1955 by Paramount Pictures.

A valuable diamond is stolen at a Los Angeles hotel and a man guarding it is killed. The thief, Noonan, hides it from police, first in the jacket of a customer, Bob Miles, and then in the pocket of a barber's apprentice, Wilbur Hoolick.