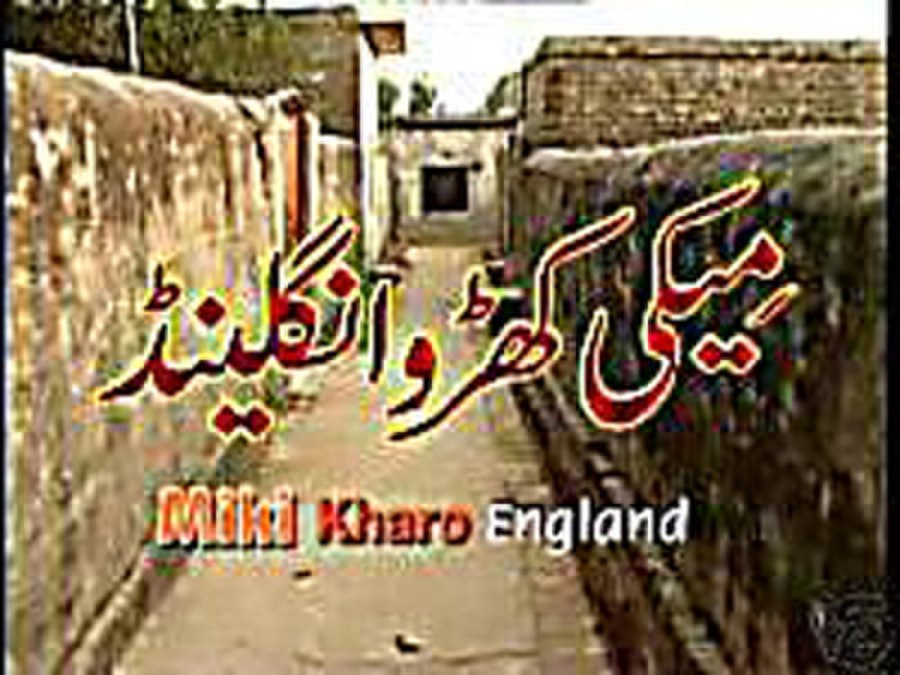 Miki Kharo England, meaning 'take me to England', is about a man named "Aftab" (Iftikhar Thakur) who wants to get married and live his life in England. He is very humorous and a fun loving character who does not really have a fixed occupation and enjoys roaming around the village with his two best friends; Shahid and Mithu. He is rejected by his cousin "Tina" who comes to Pakistan from London, England with her mum. She does not like him due to his attitude and unusual habits and falls in love with another boy from that village Shahid a.k.a. Shedu (Anjum Malik) who is also one of Aftabs best friend. Then at the end Tina's mum promises to get Aftab married from England, to a girl she knows and he becomes very excited about the prospects of going to London and living their with his newly wed wife.