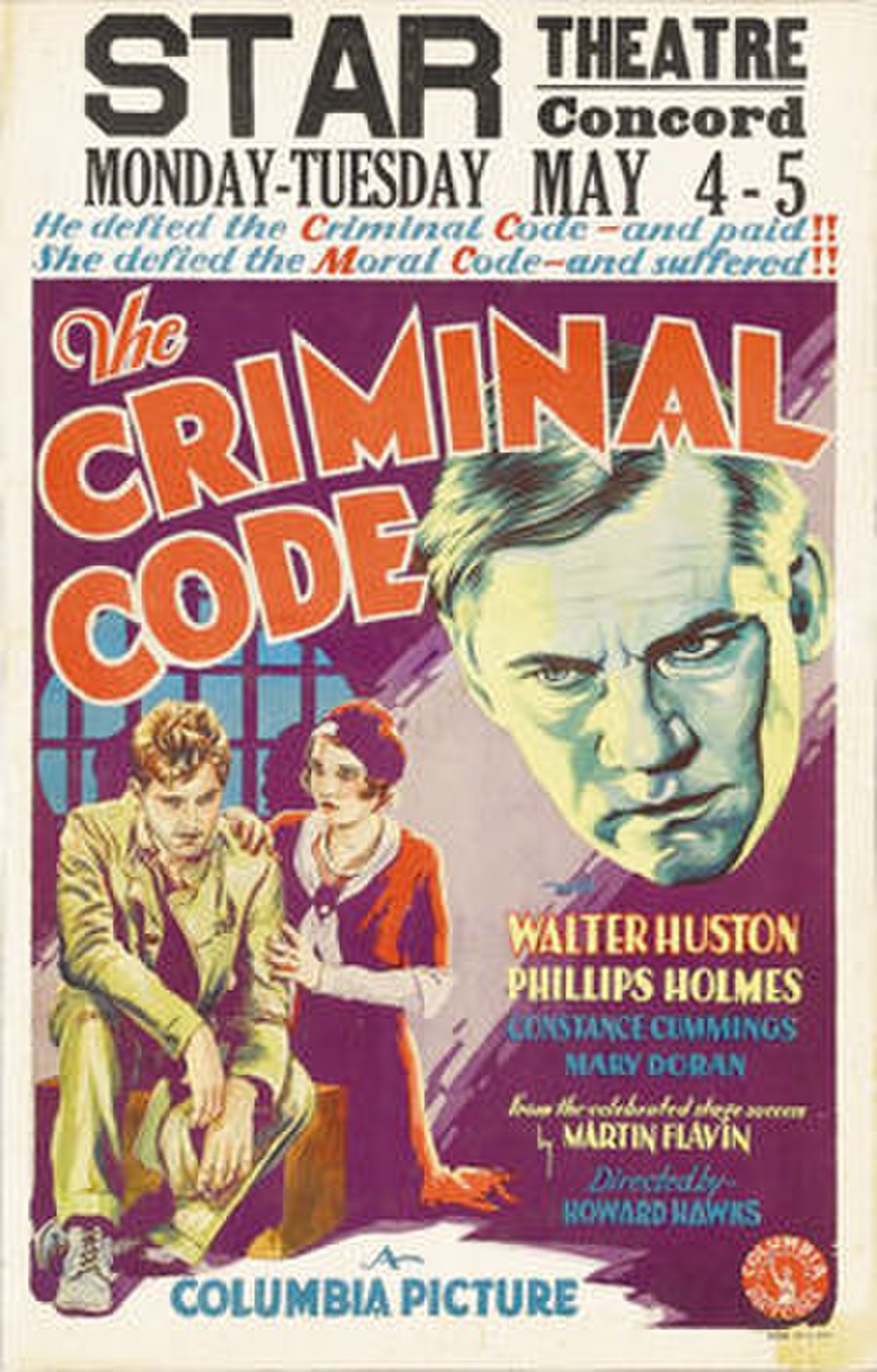 The Criminal Code is a 1931 American pre-Code romantic crime drama film directed by Howard Hawks and starring Walter Huston and Phillips Holmes. The screenplay, based on a 1929 play of the same name by Martin Flavin, was written by Fred Niblo Jr. and Seton I. Miller, who were nominated for Best Adaptation at the 4th Academy Awards.

Six years of hard labor in the prison jute mill has taken its toll on young Graham, convicted of manslaughter after a drunken brawl. The penitentiary's doctor and psychiatrist recommends that he be offered a change of duties before psychological damage become irreversible. When the warden recalls that it was he, as district attorney, that helped put him behind bars, he makes him his valet. Graham enjoys the change, especially the company of the warden's pretty young daughter, Mary.