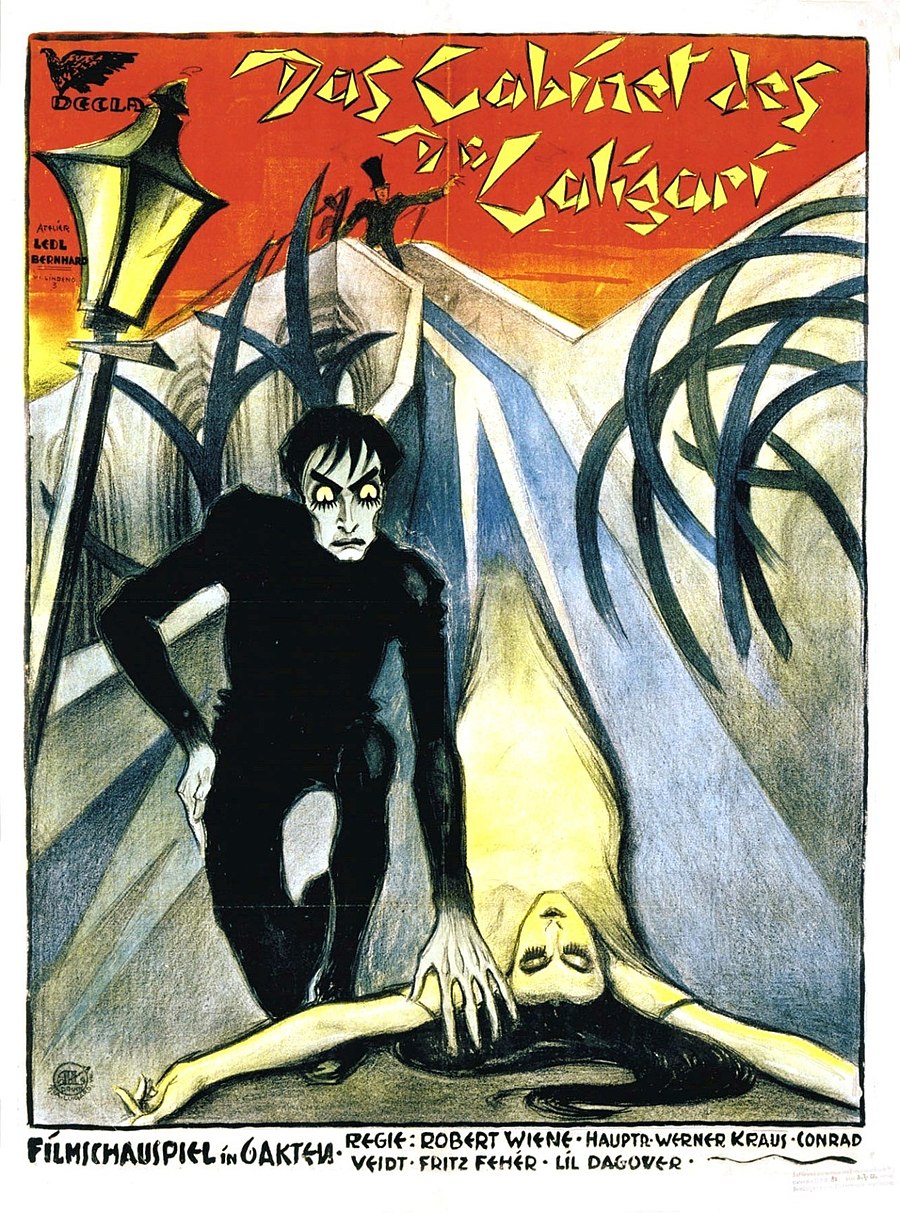 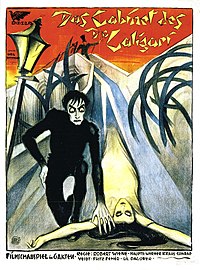 The Cabinet of Dr. Caligari is a 1920 German silent horror film, directed by Robert Wiene and written by Hans Janowitz and Carl Mayer. Considered the quintessential work of German Expressionist cinema, it tells the story of an insane hypnotist (Werner Krauss) who uses a somnambulist (Conrad Veidt) to commit murders. The film features a dark and twisted visual style, with sharp-pointed forms, oblique and curving lines, structures and landscapes that lean and twist in unusual angles, and shadows and streaks of light painted directly onto the sets.

As Francis (Friedrich Fehér) sits on a bench with an older man who complains that spirits have driven him away from his family and home, a dazed woman named Jane (Lil Dagover) passes them. Francis explains she is his "fiancée" and that they have suffered a great ordeal. Most of the rest of the film is a flashback of Francis's story, which takes place in Holstenwall, a shadowy village of twisted buildings and spiraling streets. Francis and his friend Alan (Hans Heinz v. Twardowski), who are good-naturedly competing for Jane's affections, plan to visit the town fair. Meanwhile, a mysterious man named Dr. Caligari (Werner Krauss) seeks a permit from the rude town clerk to present a spectacle at the fair, which features a somnambulist named Cesare (Conrad Veidt). The clerk mocks and berates Caligari, but ultimately approves the permit. That night, the clerk is found stabbed to death in his bed.