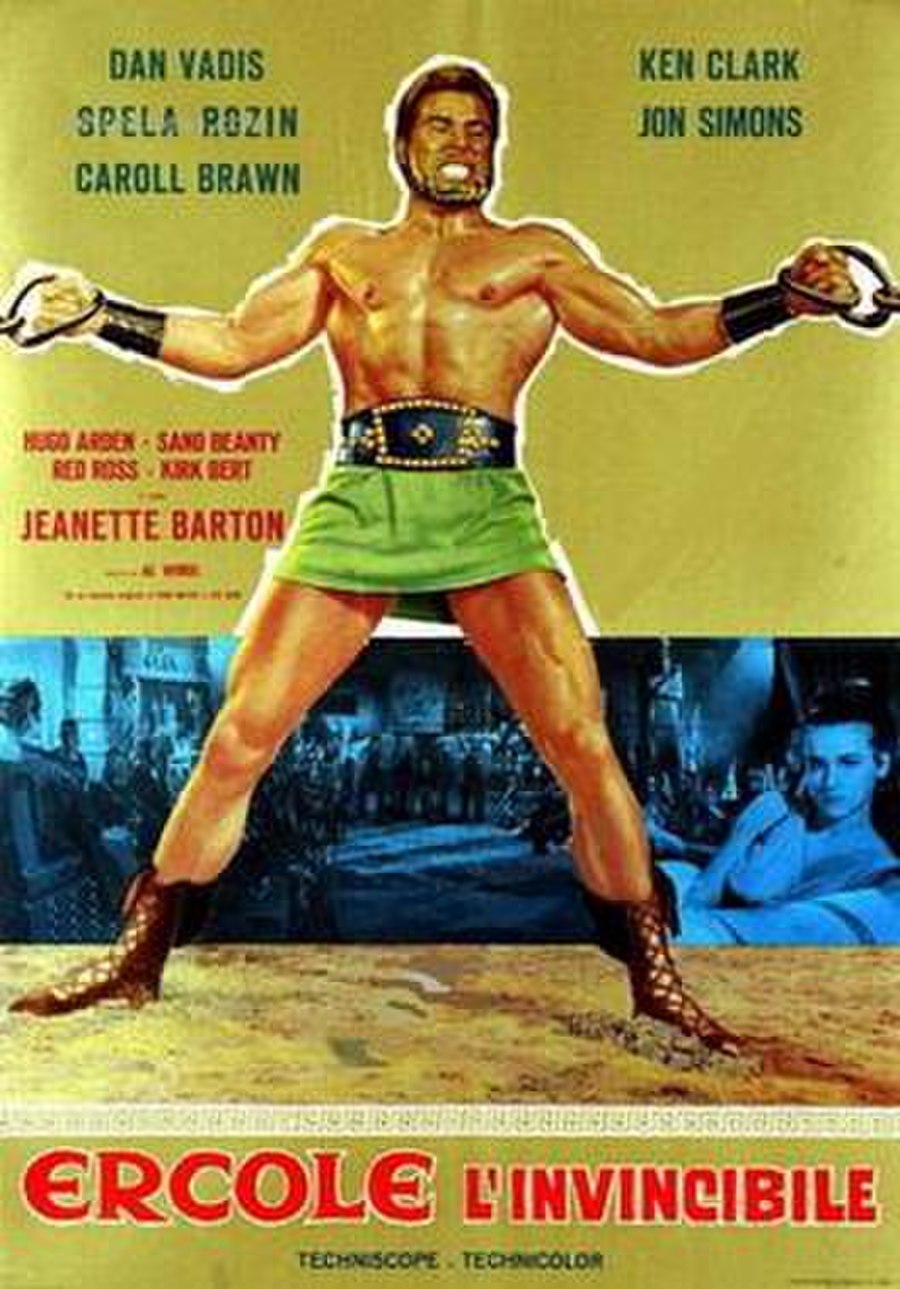 Hercules the Invincible (Italian: Ercole l'invincibile) is a 1964 Italian Sword and Sandal film directed by Alvaro Mancori and Lewis Mann and starring Dan Vadis. It is the first of two directing credits for cinematographer Alvaro Mancori.

Hercules saves a woman named Telca from a lion and arrives in triumph in her village. Telca's father King Tedaeo offers Hercules Telca's hand in marriage, if he brings back the tooth of a dragon. Hercules seeks help from a witch who gives him a spear that will kill the dragon but wants the same tooth as her reward. As Hercules has promised the tooth to King Tedaeo the witch warns him that the magic of the tooth will only work once.