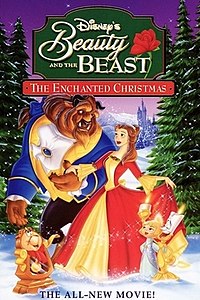 Beauty and the Beast: The Enchanted Christmas 1997

A Christmas party is held at the Beast's castle sometime after the enchantress's spell is broken, attended by almost the entire village. While reminiscing about the previous year's Christmas, Lumiere and Cogsworth get into an argument over who "saved" Christmas, prompting Mrs. Potts to tell the story.