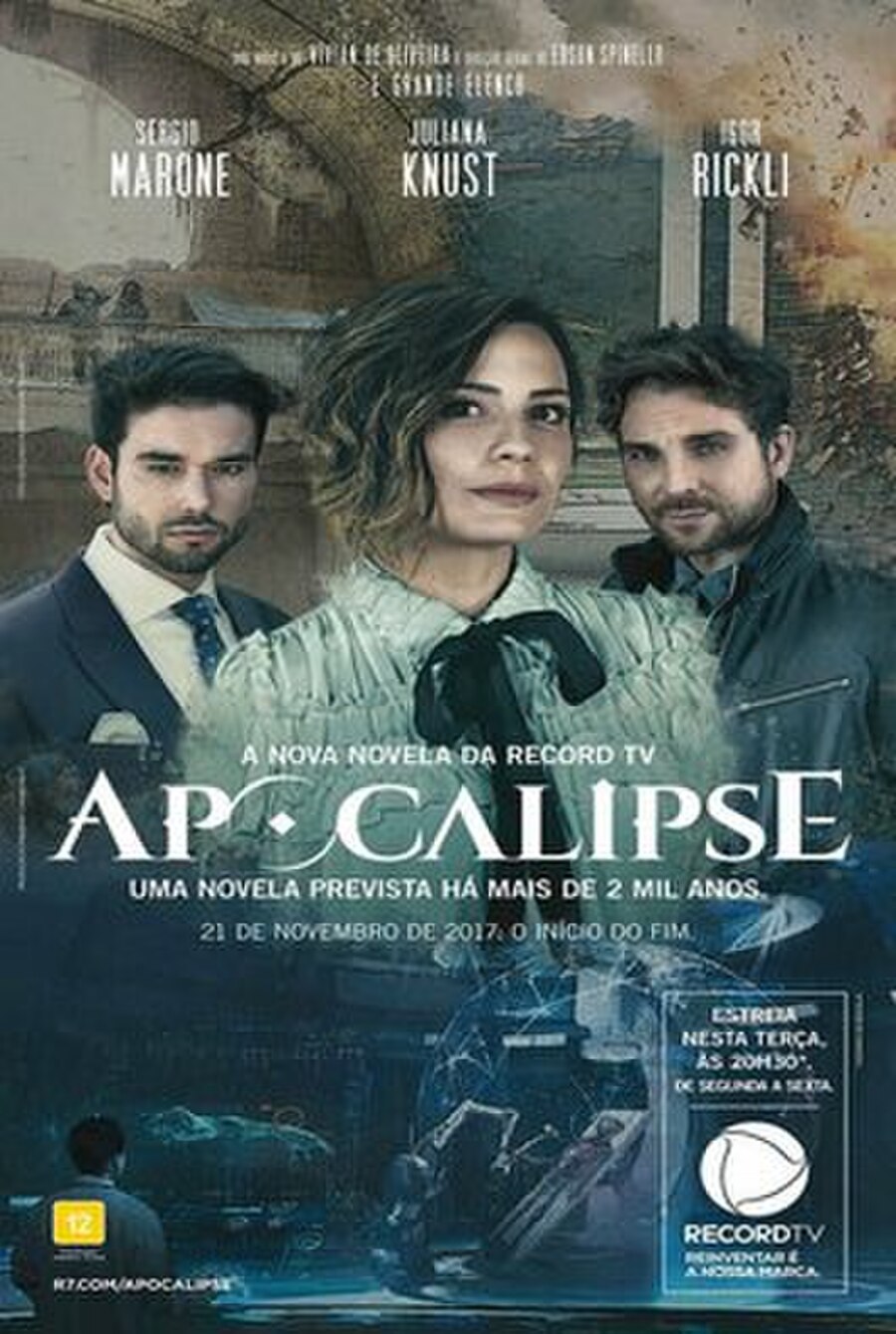 Apocalipse is a Brazilian telenovela produced by Casablanca for RecordTV. Created by Vivian de Oliveira. Written with Alexandre Teixeira, Maria Claudia Oliveira. It premiered on November 21, 2017 and ended on June 25, 2018. It stars Igor Rickli, Sérgio Marone,

The story begins in the late 1980s, and in the first phase of the novel, the relationship between four young people who, for one reason or another, chose New York as a university destination is emphasized. Alan (American), Susana (Brazilian), Adriano (Italian) and Débora (Israeli) become inseparable, exploring fascinating Manhattan intensely. Alan and Susana live a delicate relationship that evolves into a beautiful love story; Adriano and Debora are more intense and passionate and, surrounded by a mysterious and somber force, marry in a troubled way and live an unhappy relationship. Other everyday and parallel characters appear in this first phase and will be introduced during the course of the novel.