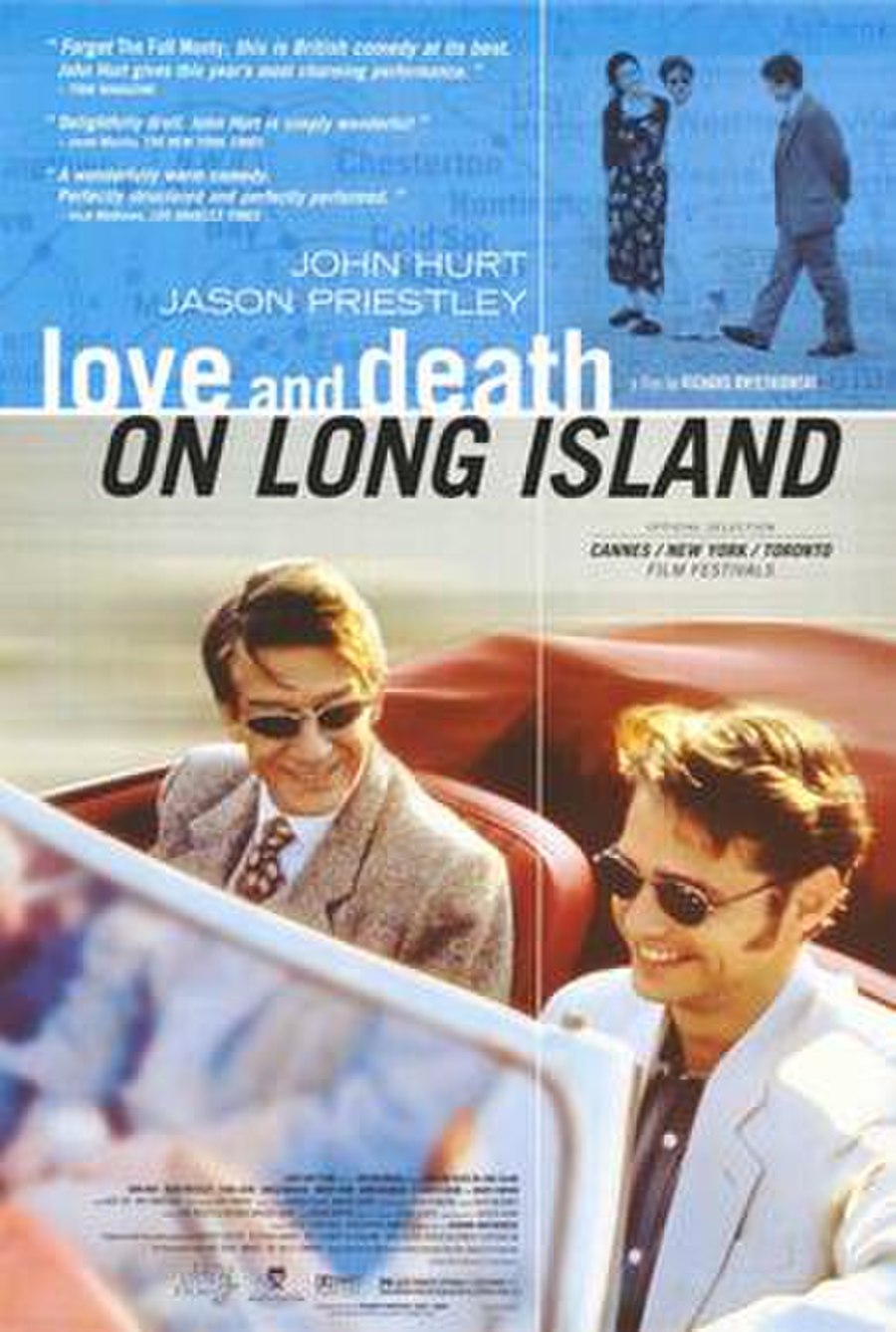 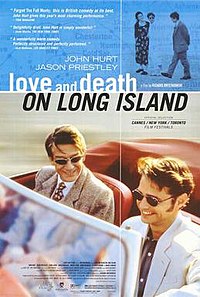 Love and Death on Long Island 1997

Love and Death on Long Island is a 1997 UK / Canadian film directed by Richard Kwietniowski and starring Jason Priestley, John Hurt, Fiona Loewi, Sheila Hancock and Anne Reid. The storyline of obsession somewhat resembles that of Death in Venice. The title includes a pun: Death/De'Ath.

Giles De'Ath (John Hurt) is a British writer who doesn't use or understand anything modern. One day, he forgets his keys and locks himself out of his flat. It begins to rain, so he goes to see an E. M. Forster movie but, instead, accidentally enters the wrong theatre and sees the teen flick Hotpants College II starring Ronnie Bostock (Jason Priestley). He becomes instantly infatuated with Ronnie's beauty and obsessed with the young actor. He goes to his movies in the cinema, buys teen magazines and cuts out pictures of him, and buys a VCR and TV in order to play rented video tapes of his movies. He lets his housekeeper come into his office less and less, so that he can do these things undisturbed.