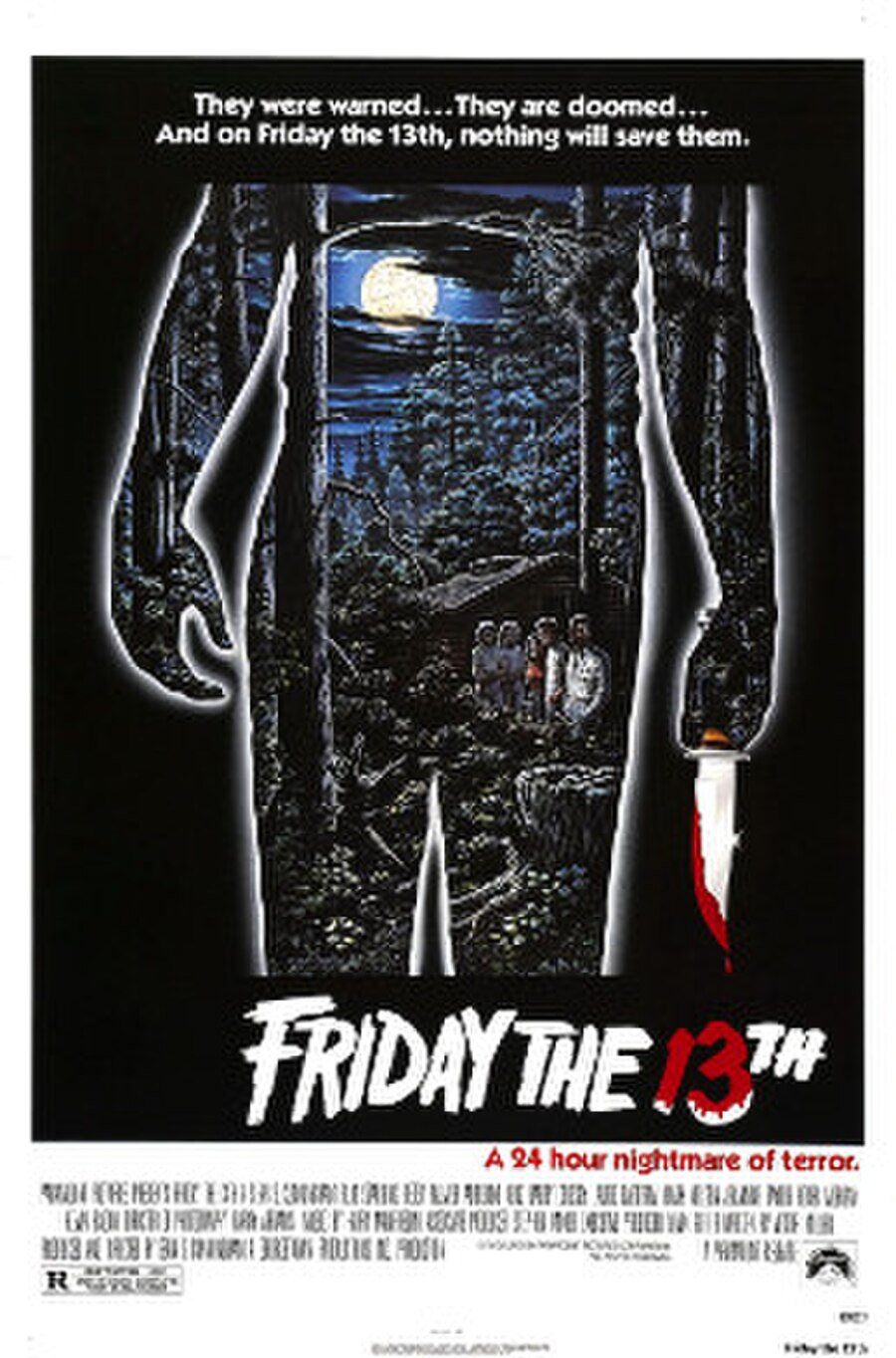 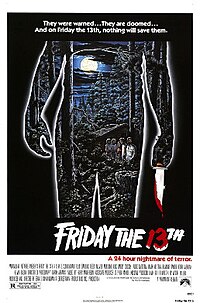 Friday the 13th is a 1980 American slasher film produced and directed by Sean S. Cunningham, written by Victor Miller, and starring Betsy Palmer, Adrienne King, Harry Crosby, Laurie Bartram, Mark Nelson, Jeannine Taylor, Robbi Morgan, and Kevin Bacon. Its plot follows a group of teenage camp counselors who are murdered one by one by an unknown killer while attempting to re-open an abandoned summer camp.

In 1958 at Camp Crystal Lake, counselors Barry Jackson and Claudette Hayes sneak inside a storage cabin to have sex, where an unseen assailant murders them. Twenty-two years later, camp counselor Annie Phillips is driven halfway to the reopened Camp Crystal Lake by Enos, a truck driver, despite being warned by elderly Crazy Ralph. While driving, Enos warns Annie about the camp's troubled past, which involved a young boy drowning in Crystal Lake in 1957. After being dropped off, she hitches another ride from an unseen person, who chases her into the woods and slashes her throat.