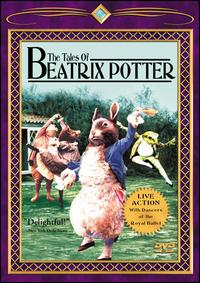 The Tales of Beatrix Potter 1971

The Tales of Beatrix Potter (US title: Peter Rabbit and Tales of Beatrix Potter) is a 1971 ballet film based on the children's stories of English author and illustrator Beatrix Potter. The film was directed by Reginald Mills, choreographed by Sir Frederick Ashton (who danced the role of Mrs. Tiggy-Winkle), and featured dancers from The Royal Ballet. The musical score was arranged by John Lanchbery from various sources, such as the operas of Michael Balfe and of Sir Arthur Sullivan, and performed by the Orchestra of the Royal Opera House. It was produced by Richard Goodwin with John Brabourne as executive producer. The stories were adapted by Goodwin and his wife designer Christine Edzard.