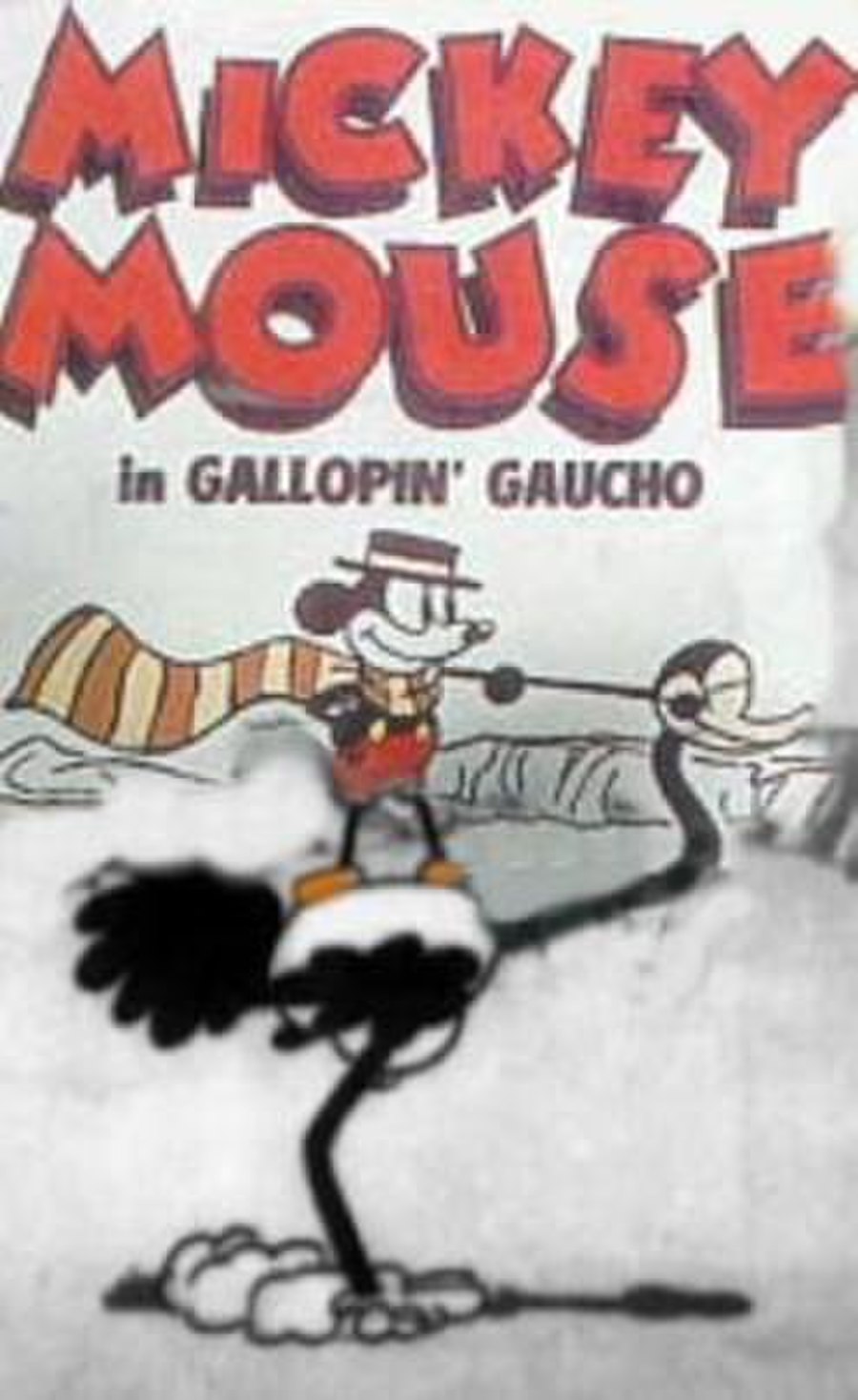 The Gallopin' Gaucho is the primary short film featuring Mickey Mouse to be produced, following Plane Crazy and preceding Steamboat Willie. The Disney studios completed the silent version in August 1928, but did not release it in order to work on Steamboat Willie. It was released, with sound, after Steamboat Willie.