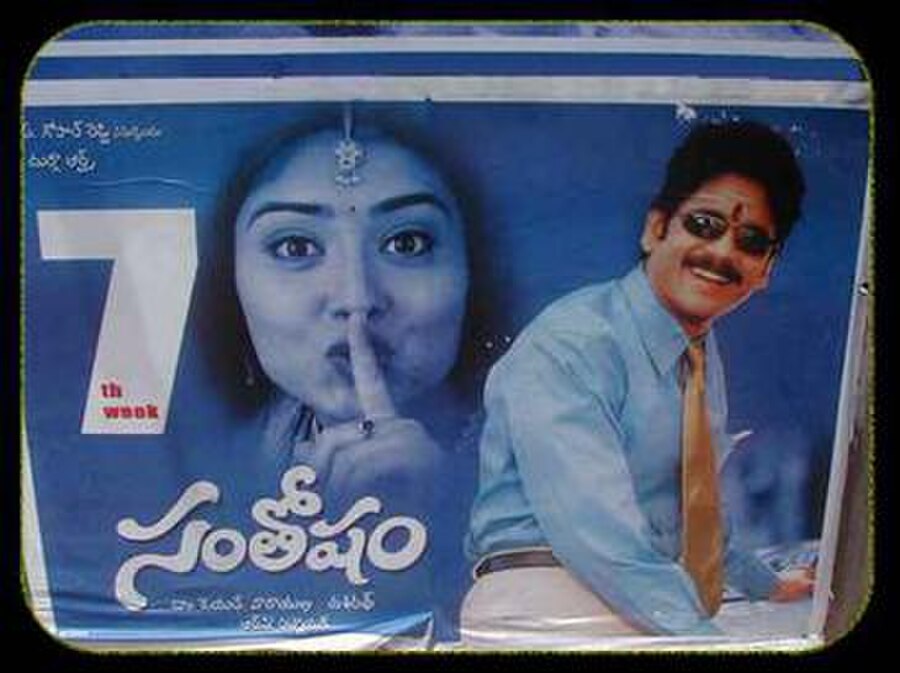 Santosham (English translation: Happiness) is a Telugu comedy drama film produced by Dr. K. L. Narayana under the Sri Durga Arts banner, directed by Dasaradh. The film stars Nagarjuna Akkineni, Prabhu Deva, newcomer Gracy Singh and Shriya Saran. The music was composed by R. P. Patnaik. The movie was well received by critics and successful at the box office. It was dubbed in Tamil as Santhosha Vanille and was also dubbed in Hindi as Pehli Naazar ka Pehla Pyaar. The film was remade in Bengali as Bandhan, starring Jeet and Koyel and in Kannada as Ugadi, with V. Ravichandran.

Karthik (Nagarjuna Akkineni) is a rich architect in Ooty. He falls in love with Padmavathi "Padhu" (Gracy Singh). Padhu is hesitant to accept and reciprocate Karthik's love, as she doesn't know what kind of a person he is. Padmavathi has a younger cousin named Bhanu (Shriya). Bhanu encourages their love and gives courage to Padhu's feelings. When Padhu reveals her love, her father Rama Chandraiah (K. Viswanath) enraged, resists and asks her to marry the guy he has chosen for her, causing Padhu to elope marry Karthik.