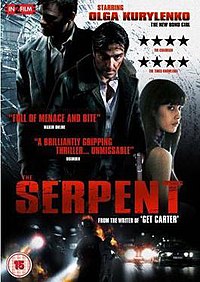 The Serpent (French title: Le Serpent) is a 2006 French thriller film written and directed by Éric Barbier and based on the 1971 novel Plender by Ted Lewis.

A father on the verge of divorce sees his life fall apart after a former classmate brings murder, kidnapping and blackmail into his life. His only chance to escape is by entering the former classmate's world.