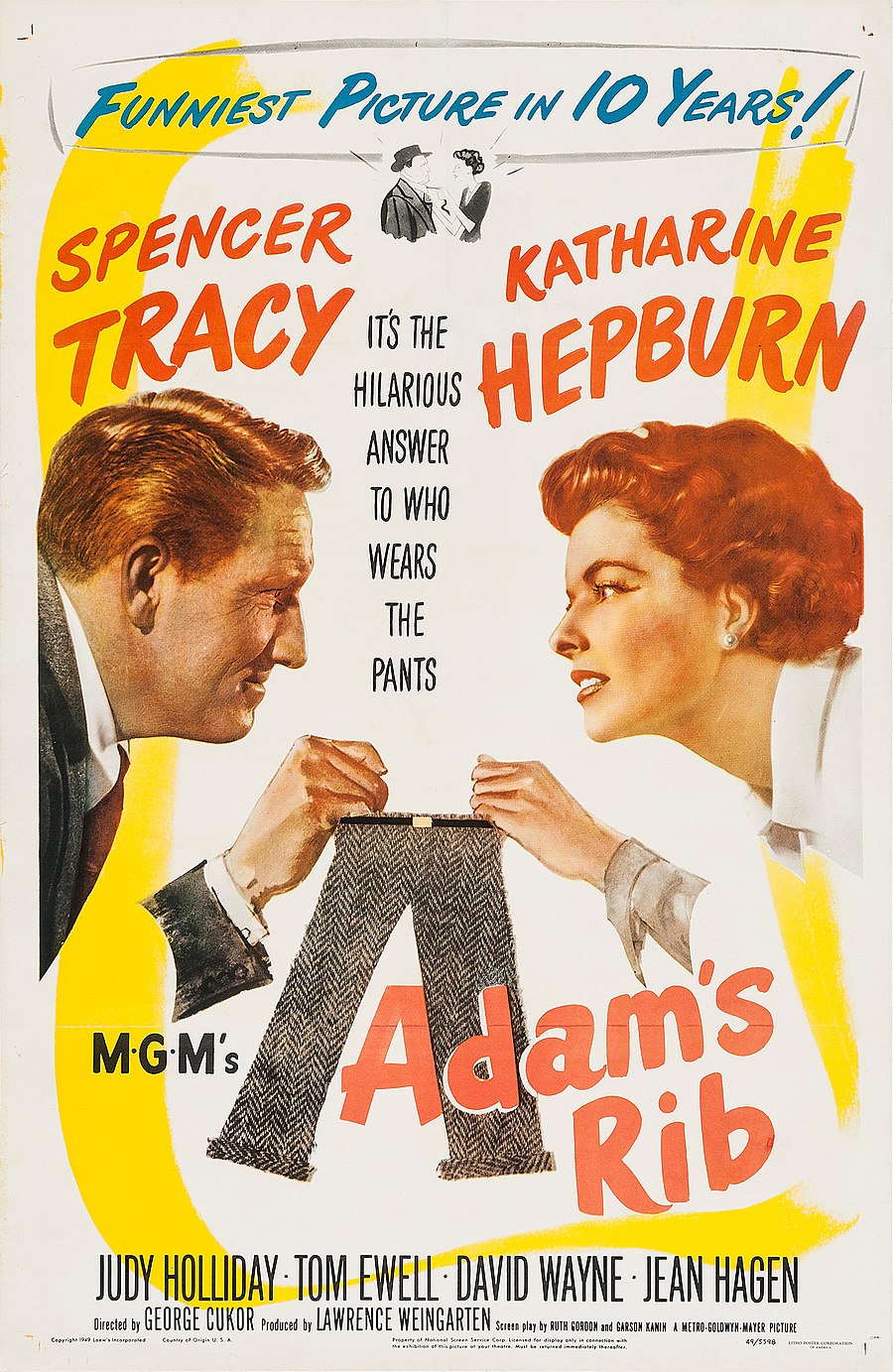 Adam's Rib is a 1949 American romantic comedy-drama film directed by George Cukor from a screenplay written by Ruth Gordon and Garson Kanin. It stars Spencer Tracy and Katharine Hepburn as married lawyers who come to oppose each other in court. Judy Holliday co-stars as the third lead in her second credited movie role. The music was composed by Miklós Rózsa, except for the song "Farewell, Amanda", which was written by Cole Porter.

Doris Attinger follows her husband with a gun in Manhattan one day, suspecting he is having an affair with another woman. In her rage, she fires wildly and blindly around the room and at the couple multiple times. One of the bullets hits her husband in the shoulder. His lover escapes unscathed.