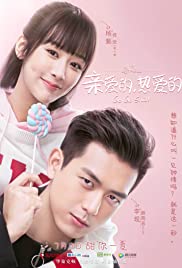 Go Go Squid! is a Chinese e-sport romance comedy television series directed by Li Qingrong and Xiang Xujing. The series was first aired in 2019, starring Yang Zi and Li Xian. It was an adaptation of Mo Bao Fei Bao's novel "Honey Stewed Squid." The series aired on Dragon TV and Zhejiang TV and was broadcast simultaneously on iQiyi and Tencent Video from July 9 to July 31, 2019.

Tong Nian, an intelligent school girl, meets Han Shangyan, a passionate young man, who had dedicated his life to winning a world championship for China. Even though Han has a deep sense of responsibility to his teammates, he has trouble communicating and expressing his emotions. With Tong's understanding and support, Han gradually begins to open up to his brothers and family members. The two support and encourage each other as they work towards their dream to win a championship. Along the way, they motivate others to pursue their dreams as well. Throughout the series, Tong and Han display an unrelenting belief in their country, which is often interpreted as the patriotic power of contemporary young people.